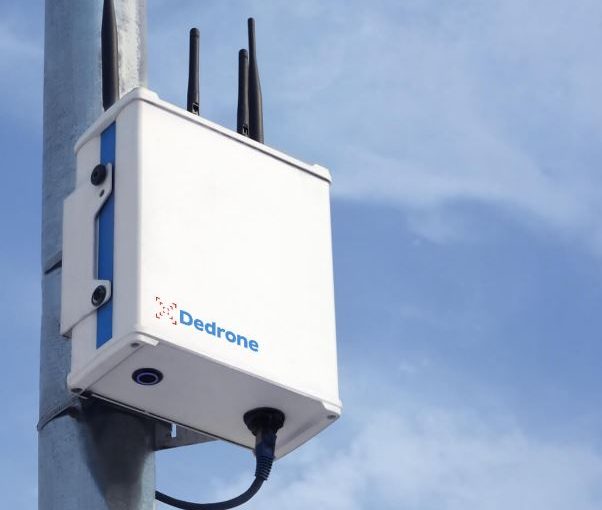 Dedrone has announced a partnership with Defense Innovation Unit Experimental (DIUx), a United States Department of Defense (DoD) organization focused on accelerating commercial technologies to the U.S. military. DIUx and DoD are experimenting with Dedrone’s technology in assessing, measuring, and responding to adversarial UAS threats as they relate to flight operations and base security within the United States.

Dedrone provides a commercial, off-the-shelf UAS detection system for both militaries and companies. Their technology platform is designed for integration into passive sensors, including their radio frequency sensors, RF-100 and RF-300, as well as third party sensors including radar, cameras, and microphones. DroneTracker, Dedrone’s software platform, gathers intelligence from these sensors to detect drone activity and collect forensic evidence, including the communications protocol of the drone, its flight path and the location of the pilot. Once a drone is detected, a defeat countermeasure can be automatically deployed.

“Anecdotal information of drone incidents near military bases are leaving military security personnel with insufficient details about the nature of airspace threats,” says Joerg Lamprecht, CEO and co-founder of Dedrone. “Our partnership with DIUx is an opportunity for us to work directly with military installations and inform defense leaders on how to protect military airspace against rogue drone pilots.”

DIUx is experimenting with Dedrone’s technology to provide situational awareness of drone activity over protected sites. Dedrone has worked with the DoD previously through a two-month airspace activity survey with Joint Base Myer-Henderson Hall in Washington, D.C. During this time, Dedrone and JBM-HH detected unauthorized drones infiltrating the airspace, despite the area being a no-fly zone.

The DoD operates over 800 military bases and high-security facilities worldwide, and in 2017 industry analysts estimated revenues for counter-UAS equipment in the defense market to be between $500 million to $1 billion annually and poised for double digit growth. Market growth aligns with regulatory activity by allowing military installations to protect themselves against drone threats. In April 2017, the FAA extended their authority over military operations areas (MOAs) by instituting restrictions that specifically apply to drones, and extended these rules to protect 133 facilities. In August 2017, The Pentagon implemented a new policy permitting military bases to shoot down drones that are deemed a threat.

Drones pose a number of potential threats from espionage and threats to physical security. Most notably, drones have nearly collided with Coast Guard and Army helicopters, disrupted Air Force and Central Command flight operations, among other incidents both domestically and abroad. Defense cannot exist without detection, and Dedrone technology provides an opportunity to proactively detect drones and understand airspace breaches before any defeat technology needs to be deployed.