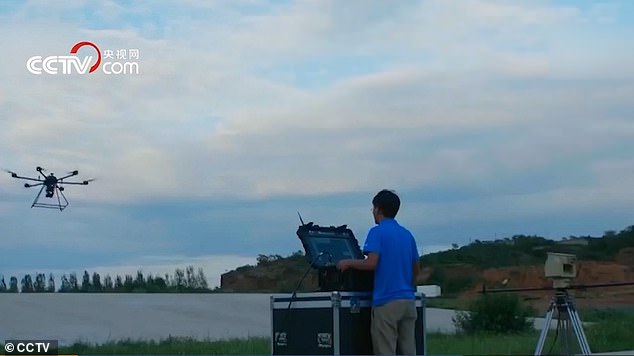 China Aerospace Science and Industry Corporation has developed a drone which uses a net to bring down a rogue drone according to a report in the Daily Mail. The drone fires a 172 square foot net over its target causing it to lose power and fall to the ground. A camera is installed under the drone to locate its target enabling a ground operator to remotely activate the two launching cylinders which cast the net. The drone can also conduct surveillance, probe and bombardment missions in battles, according to the report. A China Central Television Station (CCTS) video shows the drone chasing a rogue drone and firing the net during a test. The drone has been under test for at least a year and is reportedly part of a larger system China is developing to tackle small, slow and low-flying targets.