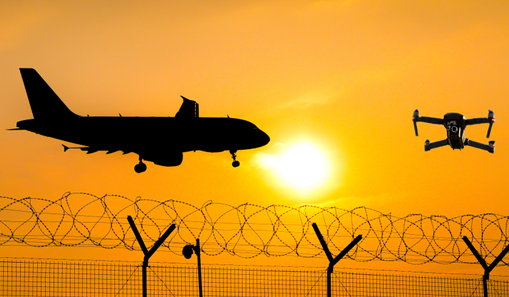 Bristol Airport in the UK has awarded a three-year contract to a collaboration between telent and technology partner Digital Global Systems (DGS) for the installation of the CLEARSKY drone threat management system, the first deployment in the UK. The contract follows a three-month pilot project with Bristol Airport Authority, local police and other security agencies.

According to a telent press release, the system will enable security staff and local police to detect, identify and monitor unauthorised drone activity in and around the airport. The CLEARSKY system detects the location of both the drone and drone operator and tracks them within the flight restriction zone outside of the airport. This information can be shown on a control room screen or via a mobile application, provided by application development partner Airpoint International. This reduces the need for manpower-intensive searches over large areas and contributes to fast incident response times.

The CLEARSKY drone threat management system was developed by DGS in response to the rising threat of unauthorised drone usage at critical infrastructure sites, including airports. The system is a passive sensor network that provides drone detection within the flight restriction zone at Bristol Airport. Multiple RF sensors are networked to provide the airport with critical location information regarding the drone and its controller, as well as important characteristics that support classification of the drone. Distinctive elements of the system include: