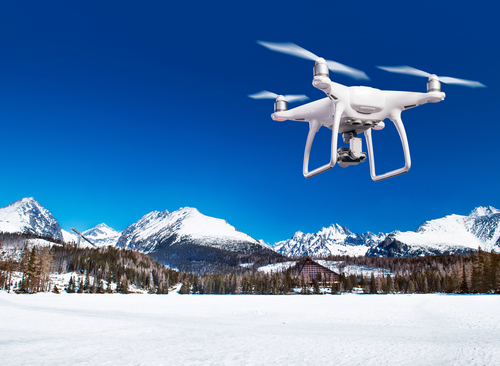 If the global economic trends of the last six decades continue then in the next 18 months there will be a major recession among Western economies. Will this act as a catalyst or a brake to the commercial drone industry? It depends how fast the operational and regulatory foundations to beyond visual line of sight (BVLOS) commercial operations can be built in the key markets of North America, Europe and Pacific Rim countries. If this can be done quickly a global recession could be a catalyst to the commercial drone sector. After all, drones could shave around 60% of delivery costs and increase the operational effectiveness of first responders and infrastructure providers without adding much to their budget woes.

But at the moment the betting is 60:40 against a good outcome.

The recent events at London Gatwick airport will have underlined the drone industry’s threats, rather than opportunities, to many governments. For the next few months at least their focus will be containing the threats that drones pose to airports and public buildings rather than expanding their use. Good news for manufacturers of counter UAS systems and services, less good news for the commercial drone sector. It is the nature of most governments when faced with new technical and politically complex challenges to do absolutely nothing in response to warnings about an impending crisis and then massively overact after the crisis happens.

But Gatwick could be an opportunity as well as a threat. “This kind of incident is unprecedented anywhere in the world, the disruption of an airport in this way,” according to the UK’s Transport Secretary Chris Grayling. “There certainly isn’t a straightforward commercial off-the-shelf solution that automatically solves all problems.” Well, the same incident happened at Gatwick in July 2017 and there are quite a few possible commercial off-the-shelf counter-UAS systems that could have protected the airport – though a layered approach integrating several different systems from several different specialist manufacturers would be a preferable solution. And the government needs urgently to give authority to a security agency to disable the rogue drone in an appropriate manner. If the UK government effectively fast tracks technology acquisition to do just that and increases its own and the public’s confidence in the security of drone operations then some good might come of it after all.

The commercial drone sector needs all the help it can get – it is growing spasmodically but it is made up of thousands of very small companies making very small profits, if at all, and is therefore extremely vulnerable to a downturn in market demand. In the meantime there are over 30 UTM companies building, expanding, developing services for an air navigation service provider market which is at a very nascant stage and will not be commercially viable without BVLOS services. Whatever happens in the wider world, consolidation of the UTM sector is inevitable.

So is the commercial drone industry like the air taxi sector based on a new generation of personal jets which was entirely blown away by the 2008 economic collapse in the West? Not quite.

At least four countries in Europe and several other countries outside Europe are planning to introduce UTM systems to support commercial BVLOS operations in 2020, though these plans are vulnerable to further drone incursion events.  Regulators such as ICAO, EASA and the FAA are, arguably, being unusually proactive in the way they are responding to the commercial industry’s pressure to fly drones further, sooner. EASA’s Amsterdam Drone Declaration (https://ec.europa.eu/transport/sites/transport/files/2018-drones-amsterdam-declaration.pdf) is a great example of this.  The Amsterdam event was a magnificent piece of theatre and if the world and drone economies were at the start of the upward economic cycle it would have been a wonderful launch pad for the industry, in Europe, at least.

But that’s not where we are. If the commercial drone industry and its service sectors – including insurance and UTM  – are to thrive during the coming long winter it may not have time to wait for new regulations. Instead, all sides of the industry – manufacturers, operators, UTM service providers, insurance companies – should concentrate on developing and improving risk assessment methodologies which will allow regulators to rubber stamp more BVLOS operations under current or imminent regulations. They should work collectively, closely and cleverly on this and the work should start now.