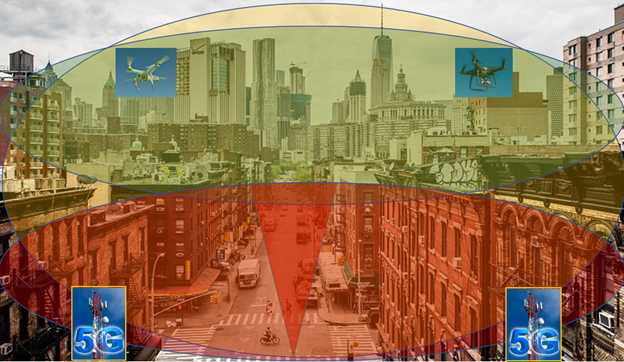 “Smart City” efforts appear to be significantly behind where they can and should be in ensuring safe urban environments for new air and ground services and technology. We seem to be missing end-state design and implementation due diligence. Whether that is from autonomous air and ground vehicles or those operated by a human. This includes use cases ranging from personal use to deliveries, inspections, ride sharing, air taxis, etc.

The puzzling part of this is that unlike creating autonomous vehicles, where machine learning and deep learning are still major challenges, the technology and know-how exist to design and deploy most of what is needed now, albeit it from a variety of industries. (Which is part of the problem.) The most concerning part is the apparent lack of end-state designs, top-down systems engineering and deployment plans, including air and ground air traffic control at least as far as what the community is sharing, especially NASA and the Federal Aviation Administration (FAA).

This is particularly concerning given how long it will take to design and field solutions given there are already driverless vehicles and robots on our streets and in the air now.

It seems as if the industry is somewhat Pollyanna and not giving nearly enough respect to Murphy, choosing to follow IT/Silicon Valley “Agile” methods that are often void of systems engineering, exception handling or “what if” scenarios at a total system level. Complex safety-based systems are not the time or place to “move fast and break things”.

One significant accident involving a child or family and progress will come to a grinding halt. With seven people around the world killed needlessly by autonomous vehicles to date and trust in the FAA and autonomous systems low, one would think the current approach and posture would be the opposite of what it is. I would like to suggest a way forward to remedy this.

Match technology to use cases – identify and resolve technical gaps

Michael DeKort has worked for Lockheed Martin, the US State Department, The US Navy and in the IT industry in areas such as aircraft simulation, as the software engineering manager for NORAD, a program manager for the Aegis Weapon System, and as a C4ISR systems engineer for DHS/US Coast Guard. He is currently involved in autonomous vehicle, smart city and V2X systems engineering and simulation.