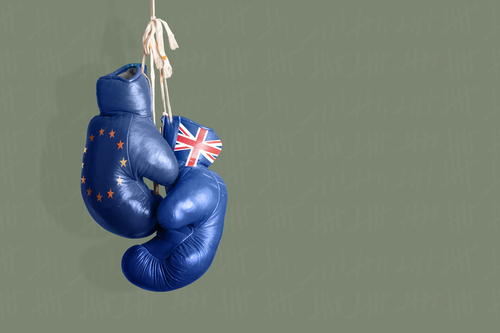 The UK Government has published an excellent consultation document (https://assets.publishing.service.gov.uk/government/uploads/system/uploads/attachment_data/file/729458/taking-flight-the-future-of-drones-in-the-uk.pdf) asking for stakeholder views on its proposed series of drone regulations, including the setting up a UAS traffic management (UTM) system. The proposals from the Department for Transport suggest the government is taking a much less aggressive approach to developing a UTM system, possibly as a result of recent warnings from the European Aviation Safety Agency (EASA) that all national drone regulations would be superseded by EU law (see Unmanned Airspace “Slower growth and tighter drone safety rules in Europe than the USA– EASA”, 27 June 2018, and “EASA given new powers to set EU-wide drone and urban air mobility rules” 29 June, 2018).

According to the latest proposals from the Department for Transport: ”While the aspiration of a ubiquitous and fully functional UTM is some years away, (editor’s italics) flight information and notification systems are already having real positive effects on drone operations.” This is somewhat at odds with previous indications that the UK wanted to be one of the first adopters of drone services in Europe and that Brexit would give both government and technology service providers an opportunity to implement UTM and drone services much faster than the roadmap for UTM services laid down by the European Union.  For example, some officials had thought the UK would be one of the first countries in Europe to develop a comprehensive UTM system, covering beyond-visual-line-of-sight flights by 2020.

Now, however, it appears the brakes might have been applied as the government is pursuing a policy of respecting EU – and in this case EASA – industry regulations, which could delay the introduction of UTM provisions by up to two years.

According to a statement sent to Unmanned Airspace from EASA, the agency has been given the pre-eminent authority for developing UTM regulations covering areas such as registration, identification and geo-fencing, the so-called foundation services of the EU’s U-Space concept.

“Transport is an area of a shared competence between the EU and Member States, and where Member States are allowed to legislate only to the extent that the EU has not exercised its competence, “ said the statement. “The legal competence to regulate provision of ATM/ANS to unmanned aircraft already rests fully with the EU. Both the existing basic safety regulation and the Single European Sky framework apply to all civil unmanned aircraft, irrespective of weight (operating mass). The new basic regulation on European Aviation Safety is expected to enter into force in the coming months, most likely in September. The EU will then also be competent to regulate the design, production, maintenance and operation of unmanned aircraft, including unmanned aircraft with operating mass below 150kg.

“This new competence will provide a basis for common EU rules for new services and functionalities for unmanned aircraft such as registration, identification and geo-fencing which will pave the way for safe, secure and environmentally friendly routine drone operations in low-level airspace. The role of EASA is to assist the European Commission in developing proposals for the necessary technical requirements in this respect.

“As regards the competence of Member States, the new basic regulation will reconfirm their right to lay down national rules to make subject to certain conditions the operations of unmanned aircraft for reasons falling outside the scope of that Regulation, including public security or protection of privacy and personal data in accordance with the Union law.“

Of course, all may not be what it seems.  While the UK’s Department for Transport’s drone regulation consultancy document makes it clear that it will respect EASA rulings in this area a no-deal Brexit would give the UK regulator, the UK Civil Aviation Authority (CAA), the freedom to set its own regulations and its own timetable. The CAA, according to some press reports, over the last few weeks has made a significant change to its approach to regulating safety before and after Brexit.

According to a 10 July report from Reuters while in January the CAA was saying  “it was purposely not planning for a scenario where it was excluded from Europe’s safety body, as it would be misleading to suggest that’s a viable option” in July “ the CAA published information on its plans to fulfil functions now delivered by the European Aviation Safety Agency, EASA, should that become necessary…The CAA has consistently stated the most positive outcome is that Britain stays in EASA, and the government has said it wants to explore the terms on which that could happen.”

So it is still not clear then whether Brexit will act as a catalyst or an obstacle to developing commercial drone operations in the UK and it will only become clear once the politicians have finished negotiations. Watch this space.