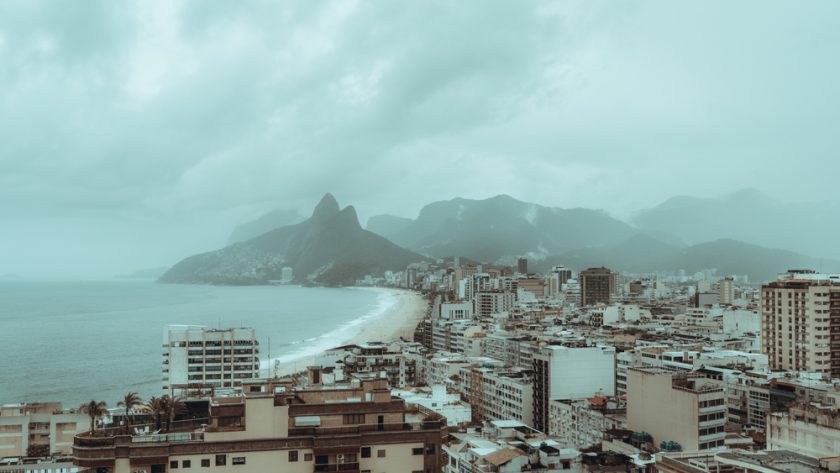 By Eduardo de Vasconcellos, MSc. SE, Director RPAS Ops Consulting, and Maj Jorge Regis, DECEA, Brazilian Member of ICAO’s Remotely Piloted Systems Panel (RPASP). Since early initiatives in 2009, in connection with the proof of concept of medium-altitude long endurance (MALE) drone systems for the Brazilian Federal Police’s civil C4ISR Border Surveillance and Protection Program, SisVANT, and through the first wave of development of its regulatory framework in 2016-2017, the local drone industry has experienced significant growth. Regulated by ANAC, DECEA and ANATEL, respectively, the National Civil Aviation Agency, the Airspace Control Department, and the National Telecommunications Agency, the number of registered drones is nearing 100,000, with an approximate 50-50% ratio between commercial and recreational uses. Applications range from powerline and infrastructure inspections to BVLOS drone delivery, geomatics, aerial surveys, mining, public safety, search and rescue and agribusiness, the latter representing the greatest potential and the fastest growing segment, as it currently accounts for 27% of the country’s GDP, and can take advantage of the existing 4G LTE, 700 MHz, wireless coverage, available in 98% of the country’s municipalities, and to 99.6% of its population. Additionally, auctions of 5G spectrum by ANATEL have taken place in 2021, including the 3.5 GHz C-Band, and rollout programs have started this August, initially in major cities and urban areas. This article examines the evolution of the airspace access mechanisms put in place and planned by DECEA to accommodate more complex operations safely and faster, up to the announcement, in 2021, and implementation, in 2022, of BR-UTM, its roadmap, and testing and validation sandbox.

On July 20 2022 the final version of the SARPAS NG web-based system interface which allows drone operators to request access to Brazilian airspace was launched.

To meet the ambitious challenge of the uncrewed aircraft (UA) industry, Brazil has been working to safely promote the full integration of this technology into the traditional aviation environment since 2009. In this regard, Brazilian authorities – mainly the Airspace Control Department (DECEA) and the National Civil Aviation Agency (ANAC) – have issued special authorizations, based on Article 8 of the Chicago Convention, to promote the sector while preserving the safety of other airspace users, people, and property on the ground.

In that regard, in November 2009, DECEA issued the Aeronautical Information Circular (AIC N29/09 – Unmanned Aerial Vehicles), which was the first document related to the UA airspace access.  This document made the accommodation of this technology into the Brazilian Airspace Control System (SISCEAB) possible without jeopardizing other airspace users, people, and properties on the ground. In 2010, DECEA issued the AIC N21/10 – Unmanned Aerial Vehicles, with the main goal to establish improvements in the airspace access processes, when compared with the previous Circular.

In November 2015, the first Aeronautical Command Instruction (ICA 100-40 – Remotely Piloted Aircraft Systems and Access to Brazilian Airspace)[1] version was issued, replacing AIC N21/10. The first ICA 100-40 version was based on DOC10019[2] (Manual on Remotely Piloted Aircraft Systems), which was made available by the ICAO in February 2015. With the growth of the sector and with the objective of facilitating the airspace access processes by UA, in 2016 DECEA made available a system for Requesting Access to Brazilian Airspace by UAS, known as SAPRAS, a web-based system interface.

In 2017, a new ICA 100-40 version was released, highlighting the living document approach, thus following the uncrewed aviation sector technological development. Also in 2017, DECEA published the AIC N17/17- Remotely Piloted Aircraft for Recreational Use, which had as main goal to establish the process related to the airspace access by UA, for recreational purposes (model aircraft) only. To improve the Brazilian regulatory framework, DECEA published in 2018, the AIC N17 update, as well as two new Circulars, AIC N23 and AIC N24, dealing with operations of UA related to Government Agencies and Public Security Agencies respectively.   Three years after the last ICA 100-40 update, DECEA published – in June 2020 – a new version of the document, bringing in its body some airspace access process improvements, based on the maturation of the sector. Also in 2020, the AIC N17, AIC N23 and AIC N24 were modified to Aeronautics Command Manuals, MCA 56-2[3], MCA 56-3[4], and MCA 56-4[5] respectively, abandoning the informative documentation characteristics in favor of a more educational approach. In addition to these three Manuals, DECEA published the MCA 56-1[6], establishing the procedures related to UA operations in support of emergency situations. To keep moving forward with airspace access process improvements, the Brazilian Airspace Control Department made available, in July 2022, a preview of the new version of ICA 100-40, as well as the Manuals (MCA 56-1) and (MCA 56-2), for community submissions.

Initially, access to Brazilian airspace by UA entailed a manual process, which could take weeks. The first step in the process was to get an authorization to operate from ANAC. Once the documentation was received, the operator would then get started on the airspace access application process with DECEA, attaching the appropriate documentation issued by ANAC. Each application was analysed by experts from both Brazilian authorities, which made the process very time-consuming.  However, with the increase in demand, it was felt that the manual procedure would not meet airspace access requests by UA in a scalable manner. Thus, DECEA started the development of a new system, whose main objective was to streamline the airspace access authorisation process while preserving the safety of other users, people and property on the ground. As a result, DECEA launched in 2016,  the SARPAS System, as part of its SIRIUS CNS/ATM Strategic Programme. Considered the forerunner of the Brazilian UTM system (BR-UTM), SARPAS was a web-based monolithic system that revolutionised the airspace access request process through services provided to the operator, such as: a) aircraft and pilot registration; b) flight planning interface; c) Brazilian airspace access rules; and d) prohibited flight zones.  Furthermore, in 2017 ANAC issued Brazilian Civil Aviation Regulation number 94 (RBAC-E94)[8], establishing the general requirements for UA for civil use. With the advent of RBAC-E94, the Agency launched the Uncrewed Aircraft System (SISANT)[9], which allows the operator to register, directly on the web portal, an UA with a maximum take-off weight of 25 kg, intended for VLOS operations and up to 400 ft AGL. After the Brazilian authorities implemented such systems, the airspace access process, which previously could take weeks, now takes between 45 (forty-five) minutes and 18 (eighteen) days, depending on the characteristics of the operation, such as:  a) type of flight – visual range (VLOS) or beyond visual range (BVLOS); b) intended flight altitude; and c) distance from aerodromes. To this end, the SARPAS system compares the information provided by the operator during flight planning, with existing regulations and decides whether the authorisation will be issued automatically or needs to be issued by an airspace expert, through manual analysis. If the request needs to be assessed by an airspace management specialist and a NOTAM is not required, the clearance can be issued within 2 (two) days, as opposed to the 18 (eighteen) days if the notice  is required. After the SARPAS and SISANT releasing, the number of airspace access requests by UA has been increasing significantly, as shown on the graph below (Figure 1).

After six years and more than 600,000 airspace access requests, SARPAS was updated and renamed SARPAS NG. As shown in Figure 3, the new system was divided into backend, called ECO-UTM, and frontend, called SARPAS NG itself, which is considered the first USS of the Brazilian UTM system. Unlike the previous SARPAS, the new system will allow potential USSs to connect to the ECO-UTM through the application programming interface (API), under the rules established by DECEA.

On November 31, 2021, DECEA made available the beta version of SARPAS NG, considered the first BR-UTM provider. The main goal of this strategy was to give the community the possibility to provide DECEA with feedback on the new functions available, including strategic de-confliction, which was not available in the previous version of the system. On July 20th, 2022, the final version of SARPAS NG was released, which allows the Brazilian Authorities to put in place the next phase of the BR-UTM implantation. For testing the new SARPAS NG functionalities, as part of the Brazilian UTM (BR-UTM) concepts, DECEA has issued a restricted area, called DRONE01 as depicted in figure 4, which is going to be used for the BR-UTM proof of concept. For that, DECEA is planning a set of tests, which will  comprise simulated and real flights and is going to allow all stakeholders, including manned aviation, to interact with the ECO – UTM, through the services such as: a) – Registration; b) Identification; c) Flight Planning; d) Airspace authorization; e) Strategic deconfliction; f) Airspace restrictions; e g) Priorities.

For the BR-UTM implementation, DECEA has stablished a phased process approach, as shown in Figure 5. Phase one, which is comprised by four subphases, has started with the subphase 1.1 – the beta version of SARPAS NG issuing, on November 31, 2021. After almost eight months, the subphase 1.1 was completed on July 20, with the final version of SARPAS NG releasing. The next subphase is scheduled for 1Q2023 and will be comprised by UAS suppliers’ application to connect with the ECO-UTM, through the API interface, based on the DECEA guideline. The subphase 1.3 is planned to start on 3Q2023 and will be composed by simulated tests, based on main two uses cases scenarios: a) VLOS/BVLOS operations; and b) Priority Volume Reservations, all of them in uncontrolled airspace, low population density and until 400FT AGL. The last subphase will be made by real flights, take into consideration the use cases tested during the previous phase. For that, the DRONE 01 area is going to be used and all participants inside this airspace shall be cooperative, by sharing the flight intent, through the ECO-UTM environment.

“Once we finished the phase 1 implantation, it will be possible moving forward to the next phases, taking into consideration all feedbacks and lessons learned pointed out during the tests. In Brazil, even in class G airspace, we have a huge volume of agricultural aviation, which represents a big challenge to be overcome. So, the BR-UTM, as a cooperative environment, is going to play an important role in allowing the UAS operation scalability, without impairing others airspace users, people, and property on the ground”, said Maj Jorge Regis, Brazilian Member of ICAO Remotely Piloted Aircraft Systems Panel (RPASP).

(Image: Shutterstock.Drone view from the high above of a morning rainy cityscape of the Copacabana district of Rio de Janeiro, Brazil)