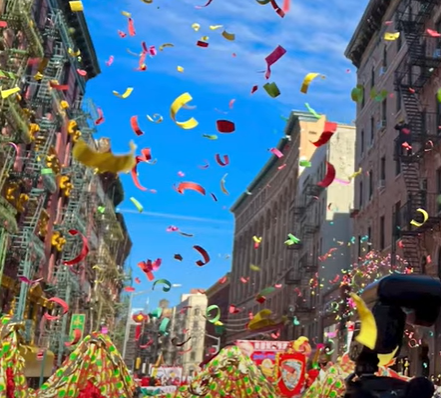 A US district judge has ruled that Brooklyn-based media production company Xizmo can proceed with its lawsuit challenging New York City’s local “Avigation Law,” which effectively bans the use of drones in the city, according to a report by Drone DJ. This avigation rule was originally adopted into New York City’s Administrative Code in 1948, way before small civilian drones even existed.

Xizmo, which specializes in aerial cinematography, is challenging the validity of this regulation in court because the company believes the law’s scope is in direct conflict with the FAA’s authority to regulate the national airspace. The result being that despite holding valid remote pilot certifications and multiple waivers from the FAA, Xizmo has been prohibited by the city to conduct aerial cinematography using drones.

The media production company says it has had its aerial productions shut down by the police on multiple occasions, which had cost it hundreds of thousands of dollars in damage.

Xizmo views NYC’s blanket ban on drones as a First Amendment issue, with the inability to gather aerial imagery interfering with its directors’ artistic expression. It should be clarified here that Xizmo’s allegedly curtailed expression is not a film itself, but rather the act of filming a motion picture or television program through the use of drones.

City officials say that helicopters, cranes, and filming from the top of buildings are sufficient aerial cinematography alternatives to drones. However, Xizmo maintains that both helicopters and cranes are more expensive than drones, and, as such, they are not a practical option for many directors. In addition, all three options are less effective artistically because they cannot capture the same range of shots as drones.

In the meantime, attorneys representing NYC have also asserted that in a densely populated city like New York, which is filled with skyscrapers and surrounded by three airports, it is “necessary and logical” to limit takeoff and landing sites “to maintain the safety and security” of the city.

Brooklyn District Judge Eric N. Vitaliano has quashed that argument in his ruling by pointing out that New York City does not even attempt to elaborate on what specific “safety and security” interests are implicated when FAA-certified pilots operate drones outside of the five public parks that NYC claims to be designated take-off and landing areas.

“Nor does it explain how the three-quarters of a century-old Avigation Law, enacted the same year that JFK, then-Idlewild Airport, opened its doors and 10 years before the FAA was created, is intended to curb any such safety risks,” the ruling says. So, now, the case proceeds to discovery and a final ruling.

It shall be unlawful for any person avigating an aircraft to take off or land, except in an emergency, at any place within the limits of the city other than places of landing designated by the department of transportation or the port of New York authority.