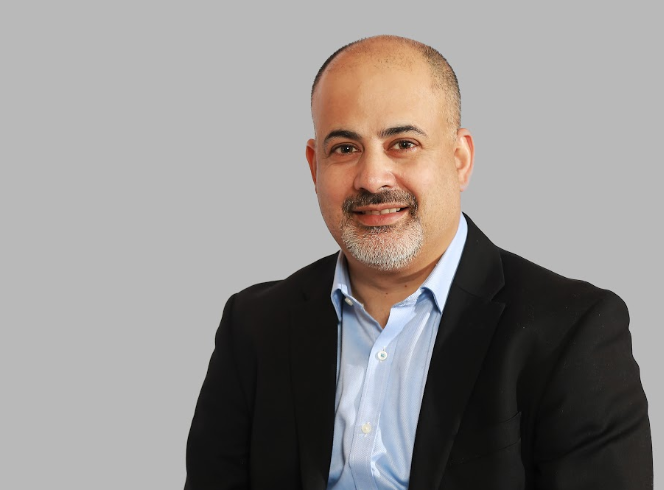 Amit Ganjoo is the Founder and CEO ANRA Technologies, a drone operations and UAS traffic management (UTM) platform provider based in Washington DC

UTM service providers and mobile operators – how is that relationship developing?

They are complimentary systems. Having come from communications industry and now working on the aviation/UTM side of the fence, I can see both sides of the coin. If you look at the relationship in terms of the overall drone industry then the cellular telecom industry has a growing role to play as drones are used in a more mainstream way – streaming live data, for example, or anything that’s high bandwidth intensive and requires a reach-back into the network or into the cloud. Then the cellular network becomes key and the next generation, the 5G and high bandwidth availability, becomes important.

But if you look purely from a traffic management point of view, we can achieve the connectivity and reach-back needed for UTM using a 4G network as well. We don’t absolutely need 5G because most of the time all the UTM system needs is telemetry data which is not bandwidth intensive. For that, having lower latency is more important than the bandwidth. I would also like to have more ubiquitous coverage globally but that means putting up more cell sites and cell planning for the carriers and is not a technology concern per se.

How do you see the relationship evolving? Some mobile network operators already see themselves as UTM service providers – are they competitors, partners or both?

Some carriers are trying to make a play into the UTM space. If you look at it from a business model point-of-view traditionally mobile network operators (MNOs) are mainly just focused on how they can sell more subscriptions and how to increase their average revenue per user. So for them, UTM is just another mechanism to sell more subscriptions. If MNOs can offer live drone video streaming services – as they do for Netflix – and sell more services, this will become another value-added offer. It doesn’t necessarily make or break the industry, because tomorrow a drone operator will probably leverage one network over another, choosing the networks based on their concept of operations and use case and the coverage available. In terms of the UTM system it doesn’t really matter to the drone operator whether the UTM system is owned by an MNO or someone else.

So the market will be driven by the drone operator who will have an option of contracting with one, two or three UTM service providers who will employ mobile network agnostic technology.

Yes, UTM providers care about having a connection from the drone or the GCS to the UTM system. Let’s say there are two UTM service providers, one of whom has a relationship with a particular MNO and the other does not. If I’m a drone operator contracted to the UTM service provider without an MNO partner and I’m operating in a part of the country where there is coverage from several MNOs I can still get to my UTM provider because the service is based in the cloud and as long as I have Wi-Fi or cellular access anywhere I can get a service. If I’m tied to a particular MNO and I have to use its UTM service provider partners that’s great if I’m in their coverage area, but if I’m outside of their coverage area I’ll still have to leverage another network provider to reach back which in essence to how roaming working for all other applications

Can we produce a single global UTM industry given the differences in regional approaches?

You have no choice but to have a global approach – but there is an easy and difficult way to achieve this. The analogy I’ll use is the telecom industry. We started with 2G, 3G then 4G and we had different technologies – GSM and CDMA and associated different standards from 3GPP or 3GPP2. A decade or two back if you went from the UK to Japan or the USA your phone stopped working because the technologies weren’t interoperable. But eventually all these standards evolved in what was called LTE driven by 3GPP. For some MNOs it was an upgrade and for others it was a forklift. Now everyone is moving towards 5G and it doesn’t matter where you go, your phone works.

The same thing will happen in the UAS industry, too. You can probably survive for the next few years having these fragmented, proprietary systems, but then at the end of that time frame – it might come sooner – you will need interoperability because we will have cross-border operations.

So one way to do it is from the ground up and build an interoperable system – though that doesn’t mean that everything has to be interoperable – with key interfaces to how you share data with each other while internally still being able to develop your own “secret sauce”. But the interface has to be standardised.

Are we starting to come together on a common standard for data sharing?

There is a lot of talk about standards, but limited work has been done to create a standard which is out there and not just on paper, something which is tried and tested. The ASTM standard is out there in the forefront; it is interoperable, and it has had acceptance from many major industry players. And we are seeing support for that standard from folks in US, Europe and even in the Asia Pacific region many people are getting on board because this standard is farther along than anything else available today.

In the near-term people may start producing their own variants but eventually a merger will need to happen. I don’t have a crystal ball but based on what I am seeing, a lot of the folks are leaning towards ASTM. The keyword here is “most”, not all.  But the way that architecture is being structured right now is that the standard we’re building still uses common principles for sharing data. It’s evolving.

Is Covid-19 a catalyst for the industry or will it slow things down?

Many people are talking about using drones for crowd separation, social distancing, scanning, spraying –  but the one service that really stands out and the one that’s really valuable for a Covid-kind of response is beyond visual line of sight (BVLOS) delivery, which includes moving medical samples or delivering medical supplies and other critical, humanitarian services. I believe this going is going to spur things into developing streamlined processes to get approval to BVLOS operations.

Is that why you recently launched Smart Skies?

Yes. Smart Skies is a family of airspace management services, to support drone operations in controlled and uncontrolled airspace, BVLOS and line-of-sight. Smart Skies has a traffic management and registration capability which links into existing enterprise drone management software – so when someone is placing a drone delivery order and it gets dispatched and managed through an enterprise workflow system that can now be integrated in the traffic management part so the whole process becomes streamlined.

ANRA has been very involved in India’s national UTM project – what’s the latest news from there?

The Digital Sky initiative contract was awarded last fall.  The original timescale – initiated before Covid-19 – was for a two-year development of a national UTM system which will allow operators to operate different in “geo zones” – red, green and yellow. In the first phase you submit an authorisation request, receive an approval and you fly but there’s no live tracking of the drone. Phase two adds live tracking and performance and phase three adds additional services such as BVLOS. The beta system is up and running for basic authorisation requests and drone registrations. But Covid-19 has delayed the production rollout for phase one.

How do you think public perception of drones will impact the development of more complex operations and will Covid change people’s minds about drone services?

We are seeing different things in different parts of the world. In a lot of places privacy and security is a big deal; in other places not so much.

In a lot of places industry and the public want to see drone services and the government is prepared to consider higher levels of risk to get deliveries into the market more quickly – though still ensuring safety remains a paramount concern. But the issue of privacy is very complex and sometimes emotional.

How do you make money out of UTM?

That’s a great question. The monetisation model is still being figured out globally and for someone like us we are moving the technology towards the user. In some cases UTM is being viewed as baseline service to which you can add value-added services but in others it’s a separate, “pure play” technology. It will sometimes depend on where the technology is being licensed and it varies widely.

Tracking rogue drones – whose responsibility should that be?