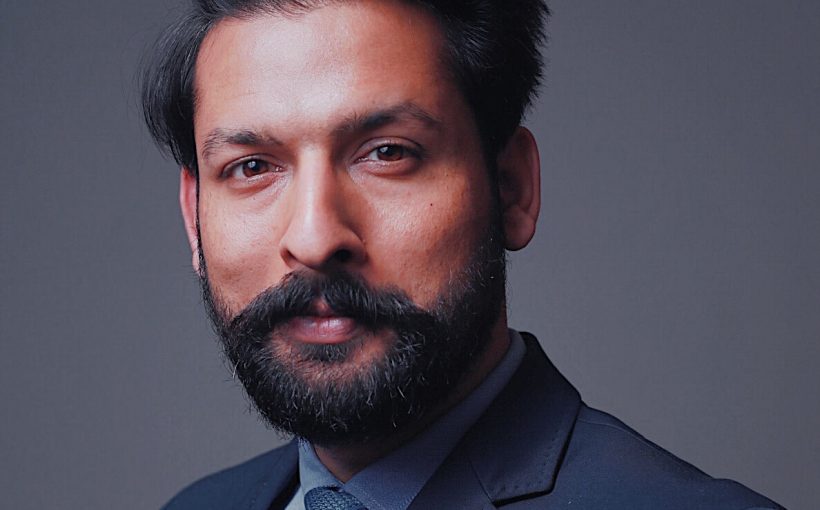 How did you develop the technology and the institutional relationships to be in a position to provide the technical backbone to Dubai’s UTM system?

It started in 2012 when we were the only drone solutions provider based locally in Dubai. We had our own big, bulky drones back then, carrying large payloads and sensors. To avoid liability in case of accidents we developed a half-kilogram GSM-enabled tracker, which we put together in a box with lots of other electronic equipment.  It allowed our customers – and us – to track flights. They were flown by fully trained pilots but we still wanted to avoid any chance of liability arising from pilot error.

Then we had a series of airspace shut-downs following a number of unauthorised drone incursions and everything changed. It was costing the economy USD1 million a minute and the regulator was under enormous pressure – the image of Dubai as an aviation hub was at stake.

But there’s was nothing they could do apart from either publish a leaflet about flying safely or ban drones altogether. Michael Rudolph of the Dubai Civil Aviation Authority (DCAA) heard that we were able to track and monitor drones via the internet, contacted us and asked if we could help. At that time we had no intention of moving into the USS/UTM side of things, but the problem came to us asking for a solution and that’s how we started engaging with the DCAA.

The first thing we told him was that our solution was not going to solve the airspace shutdown problem.  But what we could do is set up a system whereby the good guys can play by the rules and gradually add auxiliary components to the system which would eventually enable you to tackle the problem of non-cooperative drones.

So the first thing we did was set up a registry, a database of pilots and drones alongside a second module for flight application management. All the commercial operators registered their pilots and their drones and a legal basis for a UTM system was developed. The guidelines were   drafted very quickly with supplemental information  on what you needed to do, where you could and couldn’t fly and how you could apply to access the airspace – what we call a “No Objection Certificate”.

We then worked on shrinking the tracking box and reduced it from half a kilo to 130 grams and the current version at 58 grams. So these are now being used for all commercial UAS operations  and we have a system in place to verify and validate each flight, to determine whether it is authorised or not. And since we have introduced this system there haven’t been any drone related airspace shut-downs, which is also a direct result of the UAS safety awareness campaigns run by Dubai Civil Aviation Authority and the General Civil Aviation Authority

In terms of rogue drone detection we’ve recently partnered with a detection specialist to install zero-emission detection equipment in sensitive areas in Dubai, such as around the airport, to detect unauthorised operations. It will be linked to the UTM system and the first successful test of the network took place last month. It allows you to validate detected drone flights as either authorised or unauthorised and if the flight is unauthorised there will be an interface with law enforcement agencies which alerts them to a possible incident.

Can you tell me what features there are in the tracking box?

That 58-gram box is basically an iPhone without a screen. So it’s got everything that a smartphone has – a built-in IMU accelerometer, barometric  altimeter and GPS and GSM modules with an independent power source. The box is able to transmit over the GSM-network every two seconds and we can even reduce the reporting time to transmit every second.

What it reports is the position, altitude, speed, heading, pitch, roll and yaw of the drone as well as the distance it’s covered during the flight. Hot air balloons have also been brought into the UTM system with the 58 gram tracking device.  When customers complain that the landing has been too rough they can now show the authorities that it was within reasonable limits because the box measures the G-forces on the platform. And if you have the live G-force reports showing a drone is flying erratically the safety authorities can step in and halt the flight.

How robust has the GSM network been in terms of signal delays and reliability?

There are inherent challenges in the GSM network in terms of latency.  And we can’t talk about flight control over 4G unless it is optimised. But in terms of just tracking, the GSM does the job well enough. There’s probably a latency of two seconds or so but that’s OK because in Dubai we have 100% cellular network coverage; . And if we do lose connectivity on the tracker we have an on-board flash memory which is storing flight telemetry. As soon as it regains connectivity it burst transmits the missing data.

In terms of going forward – for example, providing a UTM service to support the first commercial beyond visual line of sight (BVLOS) flights – what are the next steps?

BVLOS flights have already been tested in Dubai for a period of four months last year with the Roads and Transport Authority (RTA).  They conducted traffic surveillance over one of the main arterial highways in Dubai, focusing on incident detection. The regulator could approve this because they had full oversight of the drone operation – they knew the flight profiles, where the drones were, how high they were, who the operator was, who the service provider for the RTA was. And the benefit to the RTA was that while they had access to their fleet of drones they also got live data streamed through the same system, so they had flight tracking and payload visualisation happening at the same time.  They had the comfort of knowing where the drone was and what it was looking at, even if it was three kilometres away.

When will we be seeing commercial BVLOS operators using this technology in Dubai? The next few years?

Much sooner than that. Dubai is actively pursuing air taxi operations before 2020. There are a lot of components that will need to be put in place first, such as aerial route-planning and required infrastructure for air taxis and other users of the sub-400 foot airspace.  There are many US companies setting up delivery drone services in Dubai, to deliver food and other goods; Dubai government departments are looking at delivering books and critical medicines from central depots.

Will sub-400ft operations be integrated within the air traffic management system?

Are there any plans to integrate it?

This is a difficult question because the ATM system is not set up to deal with any of these operations.  Around 20,000 drones were sold in Dubai by December last year so how could these be integrated into the wider airspace management system? There exists a huge global infrastructure to manage 12,000 commercial aircraft worldwide so how are they going to deal with the problem of 20,000 drones in December in Dubai?  You are not going to be able to solve the problem by somehow tweaking the current aviation data management system. You need a separate UAS service supplier that only talks to the ATM system when there is an alert, or when something really needs to be communicated.

If you’re flying in the desert or on a farm undertaking crop inspection, sub 400 ft, minding your own business, why does the ATC need to know that? They don’t. So only interface with the ATC should be as and when required and maybe a supplemental monitor which will be eventually be standardised across different USSs that give information relevant to the UTM or the ATC system.