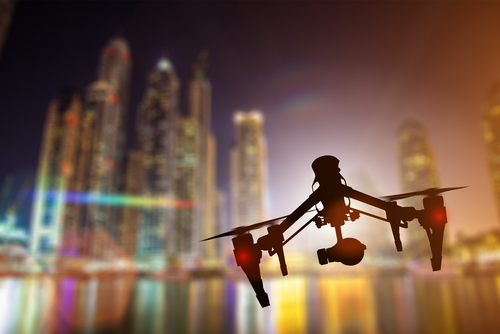 The drone identification system market worldwide is projected to grow by USD71.1 billion between 2019 and 2025, guided by a compounded growth of 66%, according to market analysis carried out by ResearchAndMarkets published in July 2019. The Drone Identification System market study finds one segment in particular – drone mounting – is predicted to grow by over 63% over the period, rising to USD27.1 billion by 2025.

Representing the developed world, the United States will maintain a 69.4% growth momentum. Within Europe, which continues to remain an important element in the world economy, Germany will add over USD1.4 billion to the region’s size in the next 5 to 6 years. Over USD2.9 billion worth of projected demand in the region will come from other emerging eastern European markets. In Japan, Drone Mounting will reach a market size of USD1.8 billion by the close of the analysis period. As the world’s second largest economy, China exhibits the potential to grow at 59.4% over the next couple of years and add approximately USD9.6 billion in terms of addressable opportunity for this sector. The 177-page report includes graphics and data relating to demand patterns in emerging countries in Asia-Pacific, Latin America and the Middle East.