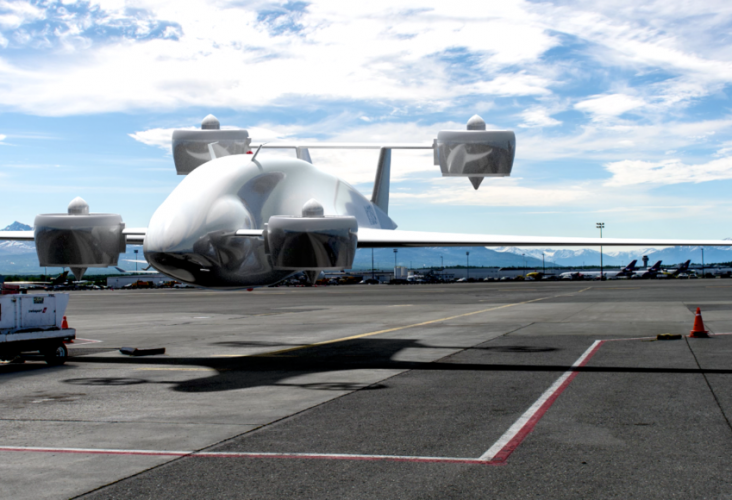 On 27 April, the US Air Force kicked off its Agility Prime programme which seeks to rapidly transform the US military and civil advanced air mobility industry by jointly forming research development programmes with civil manufacturers of passenger carrying electric VTOL (eVTOL) programmes. One of the main drivers of the programme is to ensure US industry does not cede the technology and industry high ground in this strategic sector to manufacturers from abroad – in the way the small UAS sector has been dominated by Chinese manufacturers.

“We want to look ahead to commercial markets to accelerate in a way which helps our nation but helps our military as well…we want to shape and drive and accelerate the market itself ,” said Will Roper, the assistant secretary of the Air Force for acquisition, during the launch of the programme.

In the near term, the programme comprises “a rapid contracting mechanism beginning in 2020 with a “Race to Certification” series to drive government procurement”. It wants to acquire fleets of “orbs”, eVTOLs capable of handling a number of military missions, including distributed logistics and sustainment, medical evacuation, firefighting, civil and military disaster relief, search and rescue, and humanitarian relief operations.” The initial generation of orbs is for vehicles able to carry three to eight people at more than 100 mph, flying more than 100 miles, with an endurance of more than one hour. The service is planning the first full-scale flights by December 17, with the goal of a small, operational fleet by 2023.

To help speed the process the USAF will assist developers by providing testing ranges and engineering support on safety issues – FAA certification will be inherent in the development process, according to Roper.

On May 1, the Agility Prime platform will feature a flying car virtual trade show, featuring a number of aircraft project already underway as part of the programme, such as the Sabrewing Aircraft Company’s Rhaegal-A, a new generation of regional cargo UAV that offers high-efficiency, all-weather operation with VTOL capabilities. The programme has received a USD3.25 million contract through Agility Prime. It carries a payload of up to 1,000 lbs/454 kg over a distance of 1000nm/1850 km with a cruise speed of 180 knots / 330 kph. The cargo bay is easily accessed through the nose and can carry standard cargo pallets or bulk cargo using a convertible roller floor.