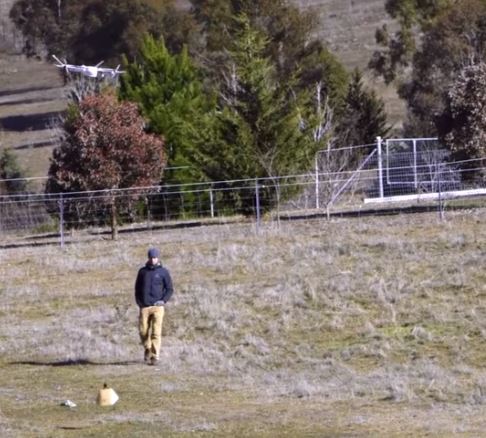 Project Wing, which is trialling drone deliveries of food and chemist supplies in Tuggeranong, Australia, has secured a warehouse in Mitchell, Canberra, as a full-time base for its drone delivery service, reports the Canberra Times. The paper quoted Wing as saying it will be “the first location of its kind with the world’s most advanced drone delivery service”. The Times says Wing plans to initially offer deliveries to homes and businesses in nearby Gunghalin, Palmerston, Harrison, Crace and Franklin, with a long-term view of operating flights throughout Canberra, as well as other cities and towns across Australia.

According to an October 2018 statement from the Australian Civil Aviation Safety Authority (https://www.casa.gov.au/aircraft/standard-page/trial-drone-delivery-systems)

“We have approved Unmanned Systems Australia to operate Wing drones in Bonython, a suburb in Canberra’s south. Unmanned Systems Australia is a licensed and certified drone operator.They have been testing drone delivery with Wing in Australia over the past several years, refining their aircraft and systems.They have satisfied us that their operation meets an acceptable level of safety. As a result, we have permitted Unmanned Systems Australia to operate over Bonython and in closer proximity to a person, than our regulations would normally permit. As the safety regulator, the issue of privacy and noise is not in our remit. The system is automated—however a licensed drone pilot is always at the helm. Wing works within our current guidelines for commercial drone operators flying over 2kg and these approvals are aligned with regulations and in accordance with similar instruments issued to other operators.

“Wing drones currently fly only during daylight hours. Flights are permitted in the following hours:- Monday to Saturday from 07:00 to 20:00, Sunday from 08:00 to 20:00. While an accident is unlikely to occur, pilots will know instantly if any of their drones operate outside of a standard mission. If this happens, the operator will decide if the safest course of action is to the land the aircraft, rather than continue the flight. In the unlikely event the drone encounters a problem, it is designed to automatically land very slowly. The aircraft are equipped with flashing strobe lights.”

According to the Canberra Times: plans for the permanent delivery service – which Wing is spruiking (sic) as a world first – come after the ACT Assembly last week agreed to launch an inquiry into the Bonython trial, “which has been plagued by community angst over noise, privacy concerns and a perceived lack of government and regulatory oversight

The newspaper went on to say: “Federal Canberra MP Gai Brodtmann last month called for an independent review of the trial after being swamped with negative feedback, before the ACT Assembly voted on Thursday to establish a parliamentary inquiry into delivery drones. The inquiry will examine the Bonython trial, as well as the possible economic benefits and environmental impacts of household drone deliveries in the territory. Gungahlin Community Council president Peter Elford has met with Wing representatives, who he said were due to speak at next Wednesday’s council meeting. Mr Elford said the council currently had no formal position on drone deliveries, but urged Wing to take heed of the lessons from the Bonython trial.”