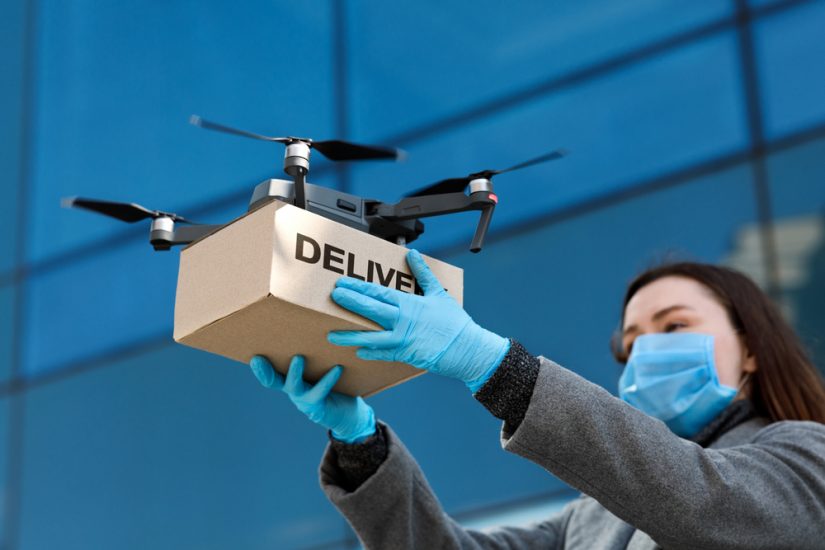 Over the past two years, the Sky Limits joint research project run by Technische Universität Berlin and Wissenschaft im Dialog has addressed the opportunities, challenges and risks associated with the possible use of delivery drones and air taxis in cities. As a conclusion to the project, TU Berlin and WiD have published twelverecommendations concerning the possible use of urban airspace as a “third traffic level.” Findings based on literature reviews, extensive public surveys and participatory initiatives form the scientific basis for the recommendations.

The project, “The sky is the limit – future use of urban airspace”, funded by Germany’s Federal Ministry of Education and Research (BMBF), delivered the following twelve recommendations as a plan of action for the possible integration of delivery drones and air taxis into urban airspace in Germany.

According to a press release from the study’s authoring organisations:

“The Sky Limits recommendations are intended to spark a public debate regarding the use of lower airspace as a new traffic level, and cover a wide range of areas including developing an air traffic management system prior to the introduction of drones on the basis of proactive policies, raising awareness among municipalities for the possible introduction of delivery drones and air taxis and strengthening their capacities to organize such developments, as well as the need to recognize current public opposition to deliveries of consumer goods using drones. The recommendations are aimed at politicians, business, and urban and transport planners.”

“At the moment, the debate concerning the possible use of drones is primarily driven by the commercial sector. At the same time, there is a lack of scientific confirmation of the added values that manufacturers promise the population as a result of using this technology. Consequently, different perspectives and competing views need to be included in the debate,” says Dr. Robin Kellermann, project coordinator of Sky Limits at TU Berlin’s Chair of Work, Technology and Participation. In their recommendations, the team calls for the public to be more closely involved in future discussions as it is ultimately they who will be directly affected by the introduction of delivery drones and air taxis.

“This is primarily the responsibility of political decision-makers. They now need to involve the public and local communities in discussions about the use of delivery drones and air taxis. One option for this would be citizen councils,” says Nico Dannenberger, project leader of Sky Limits at Wissenschaft im Dialog. According to another recommendation, social, economic and ecological consequences should be monitored on an ongoing basis. There also need to be clear and binding decisions regarding which rules and regulations would apply for the use of urban airspace as a new traffic level.

“Sky Limits also examined the level of public support for the introduction of transport drones. One representative public survey conducted in 2020 reveals that the majority of people living in Germany fundamentally reject the use of delivery drones (55 percent) and air taxis (62 percent). The majority can only imagine their use in emergencies, such as to deliver medicine (63 percent) and to transport the sick (65 percent). As a result, the Sky Limits team recommends that future developments take account of the wishes expressed by society and restrict the use of transport drones to medical emergencies.”