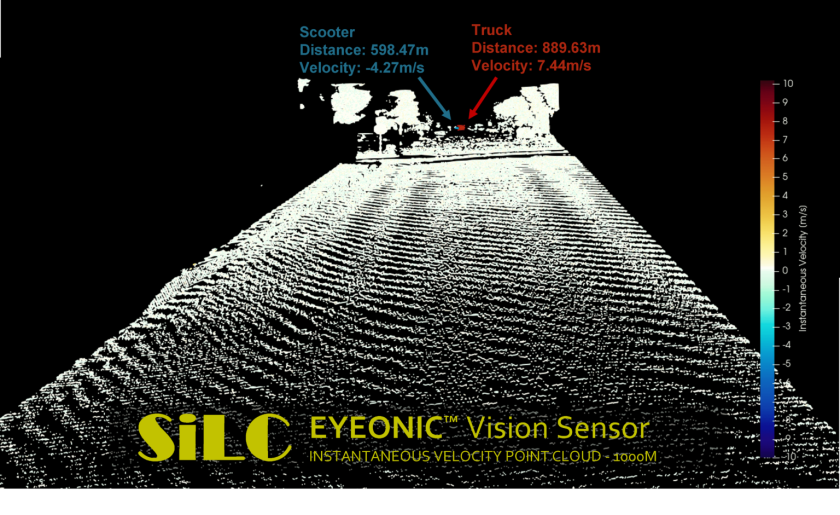 Silicon photonics company SiLC Technologies reports its Eyeonic Vision Sensor has demonstrated the ability to perceive, identify, and avoid objects at a range of more than 1 km. Having previously demonstrated a detection range of more than 500 meters at CES earlier this year, SiLC has now optimised its technology to go beyond 1000 meters.

Ultra-long-range visibility is a requirement in many industries that utilize machine vision, including automotive, metrology, construction, drones, and more. Specific scenarios include providing enough time for a vehicle to evade an obstacle at highway speeds; enabling a drone to avoid others in the sky; and controlling deforestation by making precision mapping and surveying of forests possible.

Next-gen vision sensors that incorporate millimeter-level accuracy, depth and instantaneous velocity are key to true autonomous driving and other machine vision applications – and FMCW LiDAR is the optimal technology to make this a reality.

First announced in December of 2021, SiLC’s Eyeonic Vision Sensor is a FMCW LiDAR transceiver. The heart of the Eyeonic Vision Sensor is SiLC’s silicon photonic chip which integrates FMCW LiDAR functionality into a single, tiny chip. Representing decades of silicon photonics innovation, this chip is designed to support manufacturers building the next generation of autonomous vehicles, security solutions and industrial robots.