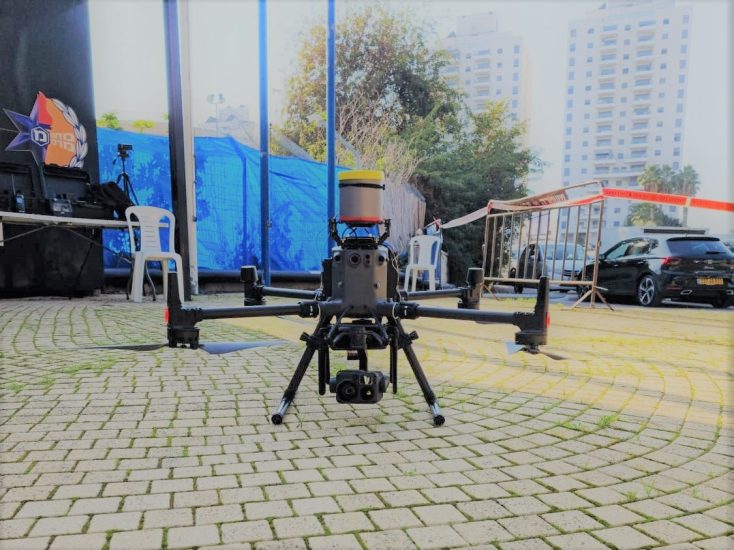 Israeli drone operator FlyTech IL, part of the Aerodrome Group (TASE: ARDM) together with their strategic partner FlightOps Ltd, have started a one-week operational trial of multiple autonomous drone operations in Ramla and Lod, in the suburbs of Tel Aviv on behalf of the Israeli police.

In this week’s trial, two drones will be managed by FlyTech’s Yahav Preiss, the first commercial drone pilot licensed to operate beyond visual line of sight (BVLOS) in Israel.

The operation works as follows. The police hotline receives a call. The drone pilot (sitting in the command and Control Center) receives an address from a police official where an incident has been reported.  The pilot then plugs all information in to the FlightOps system and monitors the autonomous drone flight. The drone transmits the visual back to police command and the control center.  At the end of the mission the pilot orders the drone to return to base.

“The drones are fitted with three sim-cards from three different mobile network operators and the drones are controlled via LTE network secure links,” said Yahav Preiss. In the event of an incident, the FlightOps multi-drone operating system alerts the drone and it takes off, flying a geo-fenced, autonomous route to the scene, transmitting images of the event to the police control centre. Eventually, and if the trials are successful, the images will be transmitted to police vehicles. 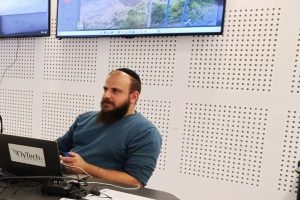 One of the most difficult elements of the trial was to work with the regulator, the air force and Tel Aviv airport on a detailed airspace assessment to ensure the drones can fly safely in shared airspace and below the tops of buildings – which required reducing minimum separation distances between aircraft to 500ft and within 100m of the No Fly Zone perimeter.

In the pre-trial trial, in Modi’in-Maccabim-Reut – part of the Israeli National Drone Initiative (INDI), pioneered by Ayalon Highways, the Civil Aviation Authority, the Innovation Authority and the Smart Transportation Administration – the autonomous drone was able to quickly reach the scene of a traffic accident before the rescue teams, providing the police control room with a live and clear picture of the scene.