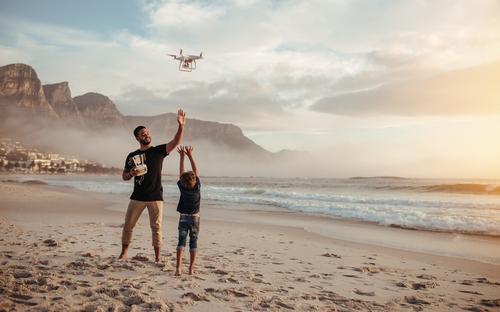 In what is being seen as a victory for drone delivery companies, on 6 July 2018 the Federal Aviation Administration (FAA) won a case against drone hobbyist John Taylor in the U.S. Court of Appeals for the D.C. Circuit – the court upheld the FAA’s right to register and regulate drone hobbyists, which should, in theory, ease the safety case for parcel delivery companies planning to develop autonomous drone delivery services.

In 2017 an appeals court supported Mr Taylor and ruled that the 2012 FAA Modernization and Reform Act underlined that traditional “hands-off” approach to regulating model aircraft.” Section 336(a) and specifically exempted model aircraft enthusiasts from drone regulation.

But in the most recent ruling the court said that Section 336 did not mean the FAA should give up its authority to regulate hobbyist flights for ever. Judge Merrick Garland wrote: “Section 336 also provides, however, that nothing in it ‘shall be construed to limit the authority of the [FAA] Administrator to pursue enforcement action against persons operating model aircraft who endanger the safety of the national airspace system.’”

This recent ruling is seen by many as a win for the commercial drone operating sector.

According to the Commercial Drone Alliance, which represents large commercial drone operators, (https://www.commercialdronealliance.org/newsarchive/2018/2/8/commercial-drone-alliance-condemns-reckless-drone-operation-over-las-vegas-cze5n-yc7th):

“To promote the continued growth of the UAS industry, the Alliance believes that basic ‘rules of the road’ are necessary for all UAS operators in the National Airspace System. The FAA must require registration, remote identification, and tracking of all UAS in the sky over a certain weight threshold. This step is necessary to enable the FAA to move forward with rulemakings to allow operations over people, beyond visual line of sight, and other expanded operations that will facilitate the expansion of the commercial drone industry, while also providing a solution to safety and security concerns.”

The way is now open for the FAA to draft new regulations to support drone flights over public and urban areas, with drones flying in these areas – commercial and hobbyists alike – identifying themselves via radio beacons.