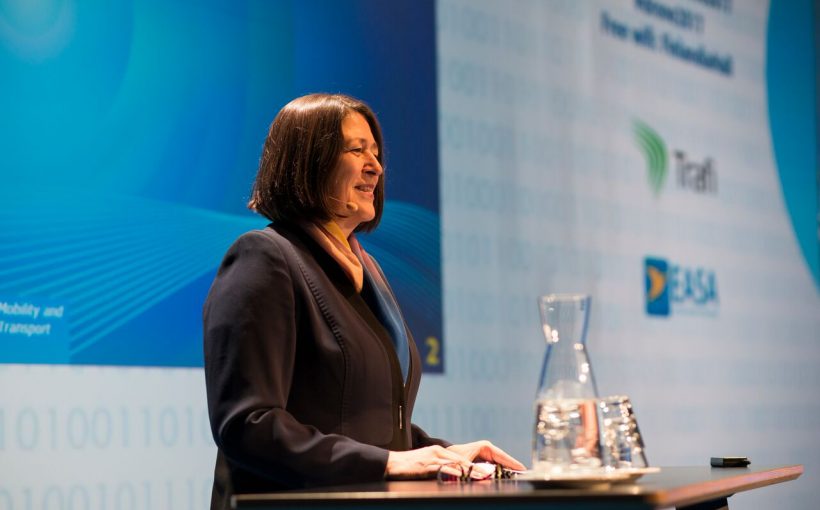 The European Union’s (EU) UAS traffic management (UTM) programme will deliver around EUR123 billion in benefits, cost EUR 4.095 billion to create and take until 2035 before all services can be accommodated, according to the latest forecasts from the Single European Sky ATM Research (SESAR) Joint Undertaking (SJU).

In a paper “High Level roadmap to integrate all categories of drones in Europe” presented at the annual High Level Conference on Drones hosted by the Finnish Transport Safety Agency (Trafi) and the European Aviation Safety Agency (EASA) in Helsinki between 21 and 22 November, Florian Guillermet, Executive Director of the SJU outlined the need for the European drone industry to act quickly.

The SJU high-level European UTM roadmap has been developed in parallel with the work to integrate remotely piloted air systems (RPAS) into civil airspace; RPAS integration work will cost EUR 0.05 billion to complete and deliver benefits of EUR16.8 billion, according to SJU forecasts.

The European Commissioner for Transport, Violeta Bulc speaking at the event, announced that the SJU will be imminently launching a call for U-Space demonstration projects worth EUR 9.5 million.  This call for tenders will aim to cover a number of large-scale demonstrations to demonstrate U1 and U2 services and support the development of requirements and standards.

At the same time EUROCAE announced its timetable for UTM regulations and standards, to which the European Aviation Safety Agency (EASA) would now work towards.

Christian Schleifer-Heingärtner, Secretary General of EUROCAE said 110 organisations and 240 individual experts had signed up to support six focus areas and develop standards in the areas of

The Helsinki Declaration, announced at the end of the conference, “Noted with concern a growing fragmentation along national boundaries of the EU drone services market, also due to security considerations, indicating the urgent need for close cooperation between European and national authorities….Confirmed the need for national and European regulators to establish the conditions for successful demonstrators; welcomed the opportunities to digitize procedures as much as possible, to ensure transparency and reduce administrative burdens for both authorities and operators, and to support the decarbonisation of transport e.g., by insisting on zero emission drones in the U-Space.”