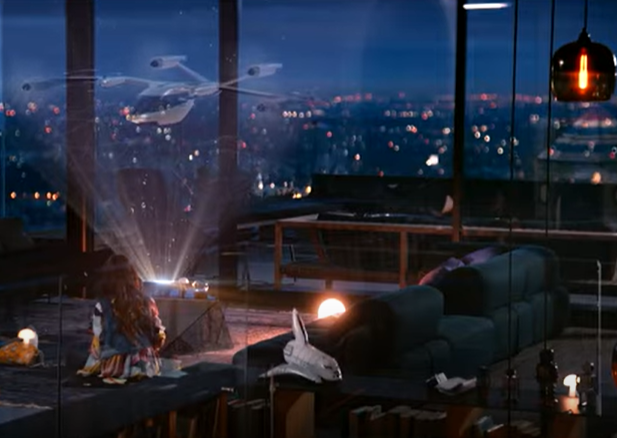 “According to the paper, an air corridor will be built for drone taxis to fly between Seoul and the outskirts of the city, including Incheon International Airport, during the early stages of the project,” reports the news service. “The UAM aircraft will be allowed to fly at an altitude of 450 meters with a margin of 150 meters, with plans to share helicopter air routes during the initial stages of commercialization. The corridors will be managed using a commercialized mobile communication system which is designed for mobile phones at first before pivoting to a digital communication system.”

“South Korea has the potential to become the first country in the world to adopt the state-of-the-art mobility such as UAM and self-driving cars if companies, academia, the central and local governments and public organizations work together,” said vice transport minister Hwang Seong-kyu. “The country’s commercialization of UAM is divided into three stages. During the first five years, drivers will be on board the vehicle. Between 2030 and 2034, remote piloting will be adopted. Autonomous driving is set to be introduced in 2035. For UAM to be commercialized, however, a new industrial ecosystem needs to be built, the white paper said. Though the government will play a central role in the project at first, private businesses could later take part in the operation in a way similar to how private investment in road and railroad infrastructure works.

“An event to trial the planned operation is scheduled to take place in November following a test flight last year. During the event, the transport ministry will demonstrate its UAM airport shuttle service between central Seoul to the public and put to test its ambitious plan. The detailed plans were released under the name of UAM Team Korea with help and advice from 37 organizations and experts in the field, the ministry said.”

Last month, the Ministry announced that commercial pizza delivery service by drones was launched on August 22nd in Sejong City under cooperation with a domestic drone company Pilot Square’ (P-Square), and Domino’s Pizza, the multinational pizza chain. According to the ministry: “The drone delivery service capitalized on precise navigation satellite system, which contributed to significantly improving the positional accuracy of drones. In addition, a variety of cutting edge technologies were employed including sensors to detect aircraft abnormalities and autonomous flight technology which allows drones to be operated without a controller.