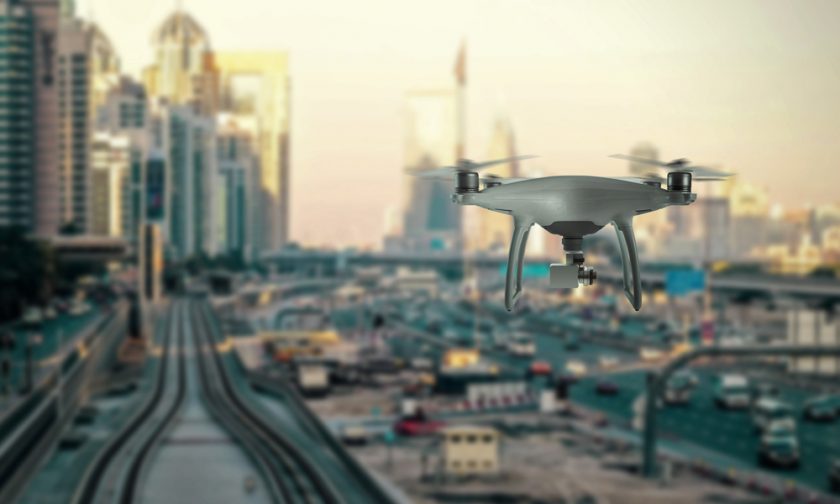 “The drone environment that will be implemented under the new U-space regulation is to a large extent segregated due to the inability of drones to fly in accordance with Flight Rules, and it is Flight Rules that underpin all of aviation,” explained Robin Garrity, SESAR Joint Undertaking (SJU) ATM Expert. “Work is urgently needed to make Flight Rules ready for unmanned flight and that involves ICAO.”

Drone operators are limited by artificial boundaries, such as the 500 ft lower airspace ceiling, which does not reflect reality according to Airspace Integration (ATM/UTM) and Infrastructure lead at Volocopter, Jörn Jaeger. “The challenge is to align operations in both worlds, but it has to be manageable. There is no wish to increase air traffic control workload.” 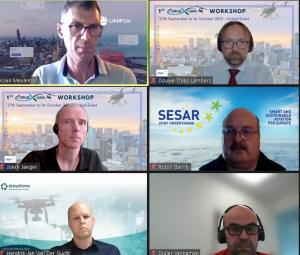 These challenges were among many discussed at the CORUS-XUAM webinar hosted by EUROCONTROL attended by more than 225 participants on 27 September 2021. The two-year SESAR very-large demonstration programme plans to deliver an initial Concept of Operations (ConOps) for Urban Air Mobility (UAM) by the end of 2022, providing an update of the U-space ConOps developed under the first CORUS research programme. Project coordinator and EUROCONTROL ATC Expert Andrew Hately said the aim is to show it is safe to operate in Europe: “We need a convincing argument to take to ICAO in order to look at Flight Rules”.

Among early applications, the Port of Antwerp (POA) launched its Droneportal in March 2021 to coordinate safety in the airspace above the port. “The Unmanned Traffic Management (UTM) platform handles over 60 approved flights a month,” said POA Security Expert Didier Venneman. “It serves as a geozone manager, an innovation platform and a regulator.” Among different applications, the POA carries out aerial inspections (using AI to track oil spills), berth monitoring, 3D mapping and security functions. The activities involve coordination with emergency response agencies, local aerodromes, and other network partners. “Last week we began working with manned aviation. We believe sharing data and a common view of the airspace is the way forward.” POA is also implementing drone identity tracking.

In separate demonstrations, Volocopter is testing passenger craft in various environments. “We are pragmatic and operate using Visual Flight Rules (VFR) like helicopters,” explained Jörn Jaeger. The level of automation will steadily grow while the pilot increasingly adopts a monitoring role. “The industry needs to decide if Flight Rules have to be re-considered.” This becomes more relevant as unmanned vehicles start to operate from different sites and locations. “As the level of automation develops, there will be a need for new procedures and airspace design changes.” The operations need to be attractive for service providers to support viable business models.

Facing many of these issues, newly-formed UAS service provider SkeyDrone – a subsidiary of Belgian air navigation service provider skeyes – is examining the rules and regulations surrounding U-space. “Common situational awareness and data sharing is the first step,” said Managing Director Hendrik-Jan Van Der Gucht. Standardised interfaces and certified service providers are central to this information exchange along with an integrated unmanned surveillance concept. “Integration will not happen overnight and segregation is necessary until we have more solutions.”

A common concern raised by the panel was the multiplicity of geo-zones. “Geo-zones are a good idea, but thousands of geo-zones are a burden,” said Hendrik-Jan Van Der Gucht, adding the lack of a communication standard adds to this complexity. Areas present different levels of risk, explained Didier Venneman. “We divide the port into areas and apply rules according to the risk involved. This includes ground risk in some areas. Specific Operations Risk Assessment (SORA) complies to some extent so we try to use this.”

There are other issues, including societal acceptance and noise, that call for a stepwise approach said Jörn Jaeger. “Creating an artificial boundary does not reflect reality. More integration is needed but not in layers. If the performance requirements are there, height doesn’t matter.” For Volocopter, vertical limits present a challenge. “We do not fly straight up and down but remain at low level for some time.”

Robin Garrity warned against “radical new aviation environments”, saying this is “not a clean sheet of paper”.  The aim of this ConOps programme is to address the blocking points and work out solutions that meet manned and unmanned requirements. He identified three main areas of concern. In addition to the inability of drones to fly in accordance with Flight Rules, he said high dependence upon automation and AI needs to be accompanied by safety assurances that match the flight risks. Thirdly, the service-based delivery of communications, navigation and surveillance also needs to be seen in the context of the wider airspace to ensure both new and existing technologies operate seamlessly.