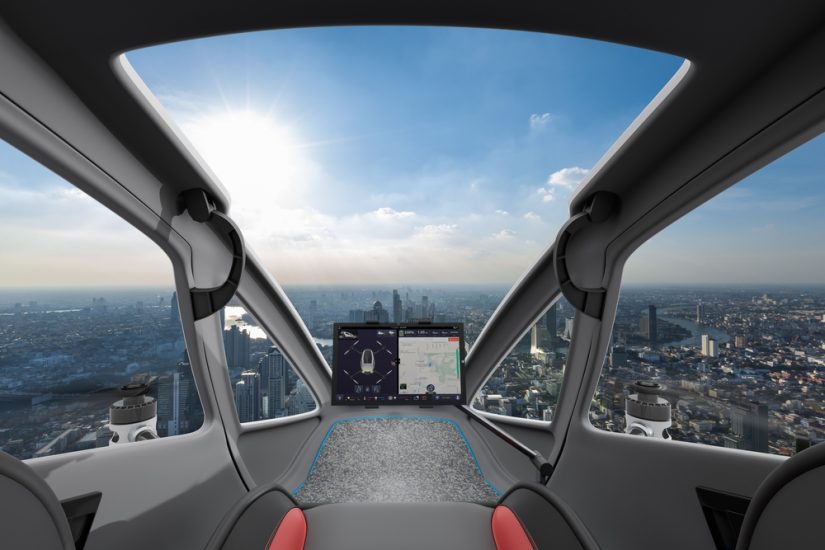 The CORUS-XUAM programme plans to release its final report (edition five) on how U-space services and solutions could support integrated Urban Air Mobility (UAM) flight operations in the first quarter of 2023 – but there are still outstanding issues to be resolved in areas such as integrating demand-capacity forecasting, service prioritisation and flight rules, drone detection systems and managing crewed helicopter emergency services operations in urban U-space. These will be the focus of continuing work by consortium partners.

The second CORUS-XUAM workshop, which took place in March 2022, gave workshop participants an update on the six very large demonstrator (VLD) programmes underway throughout Europe, the results of which are being fed into edition four report of the programme, due imminently. Presentations from the event are available here: 2nd CORUS-XUAM workshop – CORUS-XUAM – Concept of Operations for Urban Air Mobility in Europe 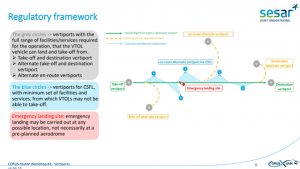 Edition four aligns the CORUS-XUAM work with European Union (EU) U-space regulations, according to Eurocontrol’s Andrew Hately, but goes much further than the regulations, extending the scope of operations beyond U2 services to passenger-carrying evTOL services, providing more granularity on strategic conflict detection and resolution – “Conflicts must exceed some minimum probability before they need to be resolved” – understanding the basis for flight prioritisation beyond the regulation’s “first come, first served” principle, devising new flight rules for UAS and understanding how manned aircraft can fly it or fly with it, among other areas.

In a presentation by Barbara Zygula (Volocopter GmbH) and Karolin Schweiger (German Aerospace Center) the role of the vertiport within the urban UTM was broadly outlined and accepted by workshop participants, though there remain unanswered questions about how rogue drone detection capabilities should be integrated into vertiport airspace design concepts. 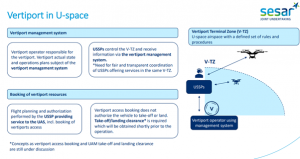 Work package seven inputs into the UAM UTM Conops, from Germany and the UK,  were that: there will need to be coordination of U-space and manned traffic and this may involve systems such as DMAN, AMAN, Airport CDM; it will also require ATC involvement; the uncertainties inherent in manned aviation need to be accommodated by U-space; U-space should allow a time window for eVTOL departures but within that window the precise moment will depend on the manned traffic; arriving eVTOLs may need to adjust their arrival time (i.e. speed) during flight. These processes need tight coordination between ATC (AMAN, DMAN), USSP, UAS-operator, Vertiport-operator.

But there were still many outstanding airspace design issues that need to be resolved, such as how to manage HEMS, police, other low-level crewed flights in the U-space area. 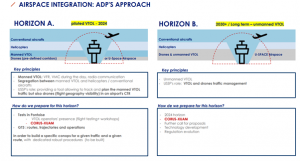 For many participants the first step will be to reserve corridors in U-space for drone and eVTOL flights as a first step – and this is the current thinking of ADP, working with colleagues to have eVTOL operations in Paris during 2024.

But Steve Bradford, Chief Scientist – Architecture and NextGen Development with the Federal Aviation Administration (FAA) – warned regulators tended to work in “reverse dog years” – what the industry wanted to complete in one year takes regulators seven years to complete and it would probably not be before 2031 that these corridors would be operating in the USA. He also underlined the FAA’s insistence that GNSS should not be a single source of failure for navigation services. 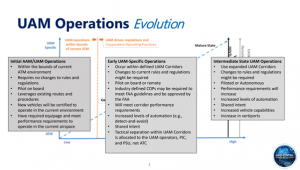 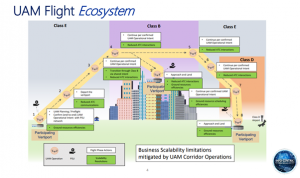 CORUS-XUAM is a part of the European Union/SESAR Joint Undertaking Horizon 2020 programme.