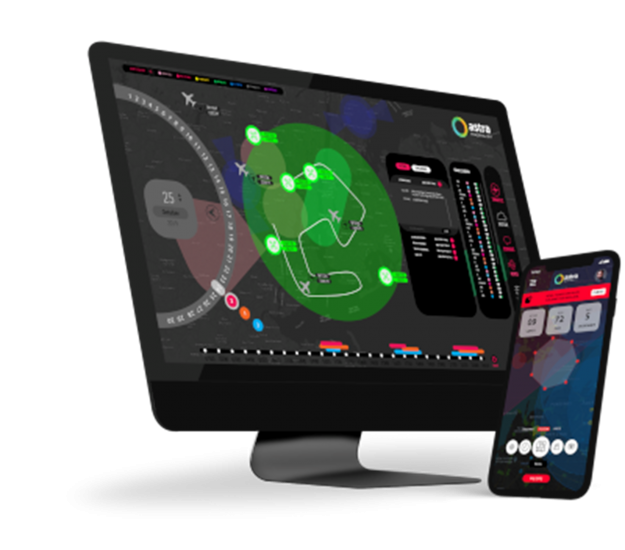 The Australian Civil Aviation Safety Authority (CASA) has given the go-ahead to a consortium of R2F (Ready to Fly), SkyLink UAS and Astra UTM to provide airspace awareness monitoring tools for two regional airports in South Australia .

According to a press release: “The SkyLink UTM platform will be powered by Astra UTM, delivering advanced airspace awareness, flight tracking for UAVs and general aviation. It enables drones to be safely integrated into controlled airspace and ensures they are visible to and can be kept distant from other air traffic.”

“During October and November 2021, R2F will be using a DJI M300 RTK UAV equipped with a DJI P1 camera sensor. The DJI M300 will be connected and tracked using Astra UTM 4G tracker unit on the drone. The fully autonomous flights will be initiated and monitored by a RPAS pilot in command from the take-off and landing sites within the airports area of operations. With the aid of a visual observer, manned aviation will be tracked, monitored, and managed using the Astra UTM platform by a SkyLink UAS air traffic controller at SkyLink UAS HQ located in Uralla, New South Wales.

Jia Childs Founder and Chief Remote Pilot of R2F said: “With the UTM platform offering full situational awareness to the RPAS operations team, this enables us in reducing air risk during operations on and over the airports. During the flights, the system can detect any possible conflict with a commercial aircraft far more effectively and at a greater range than ground personnel alone. Astra UTM will trigger any warnings to de-conflict if aircraft are approaching the airport, allowing appropriate avoidance action to be taken early. Backed up by the SkyLink UAS Air Traffic Controller located at SkyLink UAS HQ who will be communicating directly to the pilot’s visual observer via the Astra UTM mobile application messaging feature and voice communication throughout the operations, the visual observer can remain focused on monitoring the air band radio and approach paths to advise the pilot in command of any approaching manned aircraft.”

Scott Hamey, SkyLink UAS Head of Air Traffic Management, said: “Our partnership with Astra UTM in the development of SkyLink UTM system for Australia has, in as little under six months, engineered a platform which has the power to save lives and revolutionise the way operators deploy BVLOS services in Australia. As an example, emergency services and first responders would be able to use drones alongside manned aircraft in the most challenging of scenarios.”

SkyLink UAS has also partnered with DroneLogbook Australia with its API integration that pushes approved mission details into Astra UTM from DroneLogbook’s operations and compliance management cloud software, to automate the creation of flight requests within the Astra UTM platform for approval, and the syncing of personnel and drones data information via the API speeds up the onboarding process and sync’s changes between both platforms for DroneLogbook Private Label users.