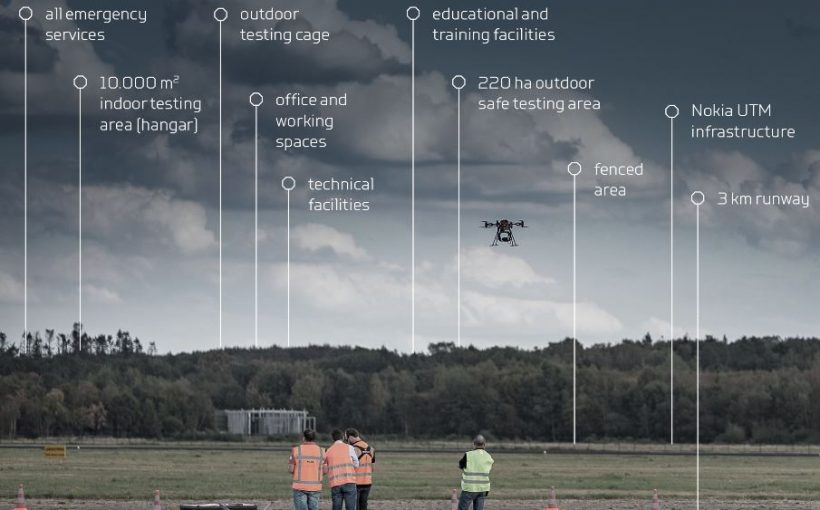 The rules for the use and testing of drones should be relaxed and harmonised in a European context according to a joint presentation to the European Commission at a drone conference in Brussels by the City of Enschede, the Province of Overijssel and Nokia.

In the Twente region alone, 1,500 jobs can be expected in the drone-related sector, according to recent studies of PwC Consultants. The report describes a Europe-wide long-term economic potential between EUR14 and EUR30 billion.

In Twente, Enschede, Overijssel and Nokia have collaborated on Space53, a public-private partnership for the research and testing of unmanned systems of all sizes.

According to the organisation: “Until recently, the Netherlands applied relatively strict legislation and regulations compared with countries such as France and Germany. However, last week, the Ministry of Infrastructure and the Environment published a proposal just last week for very progressive rules for drone test sites. Consultation regarding new regulations is currently ongoing; the implementation date will probably be in the course of next year at the earliest. From next year onwards, the new regulations will make it easier to test drones on airports without an air safety certificate. The tester also no longer needs a special certificate from that date onwards.”

“The decision is a step in the right direction, but it does not go far enough”, says Eddy van Hijum, the Overijssel Province delegate for Economic Affairs. It does not provide the desired space for testing in different locations, such as urban areas or business estates. That is really what we need to develop this sector. Elsewhere in the world, in China for example, this is allowed.”

Another key issue is to create a level playing field within all European countries, says the organisation. “This implies having the same rules and regulations for testing and using unmanned systems throughout Europe. At the instructions of the European Commission, EASA, the European Aviation Safety Agency, prepared a regulation for harmonised legislation and regulations relating to flying drones. The space for drone testing remains the responsibility of the individual member states. To drone test centres such as Space53 in Twente, this implies that no level playing field will be created. This is referred to as the ‘Missing Link’. If the rules are not consistent, this will affect both Dutch companies and test centres and also Europe’s overall economic position.