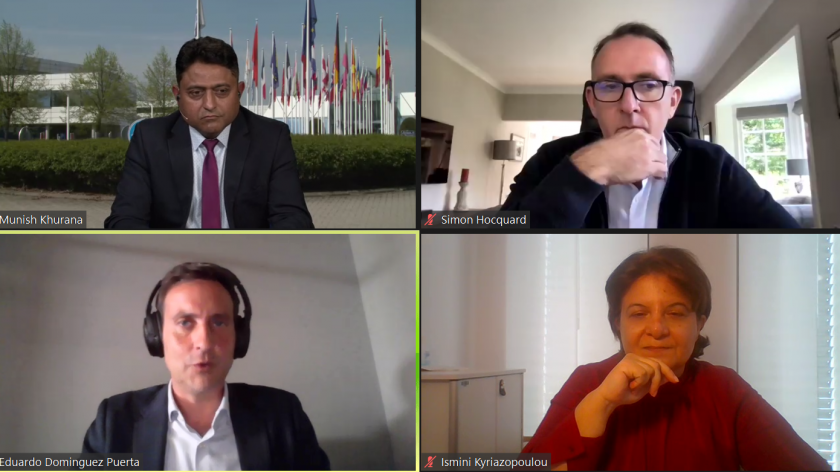 How should UAS traffic management (UTM/U-space) programmes be financed in the initial stages when there will be only a handful of drones and passenger-carrying electric vehicle take-off and landing platforms (eVTOLs) operating?

This was one of the key questions tackled at the September 21 Eurocontrol Stakeholder Forum on developing U-space for Urban Air Mobility.

“Somebody needs to pay for it – all members of the eco system should make money,” said Eduardo Dominguez Puerta, Chief Commercial Officer of eVTOL manufacturer Vertical Aerospace. “Technology is not the prime issue…. Airports and airlines have been publicly funded and if we are going to develop economies which the communities will benefit by, there will need to be crutches to get the system on to its legs and mature.” To put the benefits into perspective, Eduardo Dominguez Puerta suggested that if 50 eVTOLs were launched into operation in a city between 2025 and 2030, the eco-system would be able to carry half a million passengers a year by 2030 – which meant it would complement not compete with ground services and save 45,000 tonnes of carbon emissions. “At the start maybe public money should go into it which will enable the development; we expect public support because we are doing this for the public.”

In Europe, one possible financing source is the European Investment Bank’s (EIB) “European Drone Investment – Advisory Platform” https://www.eib.org/en/press/news/commission-and-eib-announce-launch-of-european-drone-investment-advisory-platform set up by the European Commission and the EIB  to support innovation and investment in drones. According to Ismini Kyriazopoulou, Head of Division for Air and Maritime at the EIB: “There needs to be a public interest angle for us. UAM projects are in different maturity stages. We need to address each need from a different perspective. We can offer some advisory support at an early stage in identifying gaps in the eco-system, then addressing quite mature perspectives which can be assessed for a loan investment. The needs are multiple. For example, we recently supported a broad project for the Greek Civil Protection Service which had surveillance drone component for Athens and Thessaloniki.”

In an answer to a question about whether local authorities could apply for drone infrastructure funding, Ismini Kyriazopoulou said:” We don’t have limitations – it depends on what the criteria are.”

Moderator Munish Khurana, Business Development at Eurocontrol, asked: “If we need start with public funded infrastructure we will need to get to a stage where that funding can be recovered. How should we phase the manner in which a U-space market can be developed?

Giving his personal view, Simon Hocquard, Director General of CANSO replied to this with another question: “Is this a market-driven investment or an infrastructure investment which will allow the market to grow.  We need to be clear about the “what” then the “how” will emerge.”