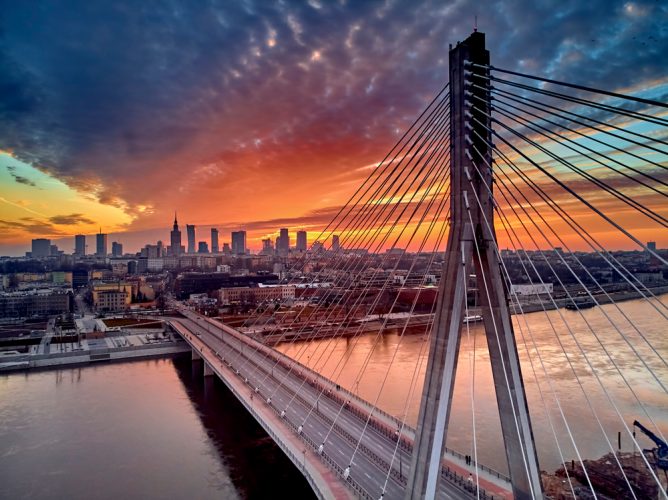 PansaUTM is a concept of digital coordination of unmanned aerial vehicle (UAV) flights and management of applications and permits for flights in the Polish airspace, which includes PANSA’s proprietary operational solutions and the system part provided by the technology partner HAWK-E, integrated with Droneradar, which is the most popular application among drone operators in Poland.

The new system was initially launched in the controlled areas of airports in Poznań, Bydgoszcz and Modlin. As a result, the UAV pilot, UAV Operations Department and tower controllers communicate in real time via internet and mobile applications and the submission of mission plans and obtaining ATC approval is fully digitalized. Additional locations are planned by the end of March, including airport control towers and FIS sectors, and completion of the entire implementation process is planned in the second quarter of 2020.

The PansaUTM system allows for fast, digital, non-verbal communication between air traffic controllers and drone operators. It enables drone operators to check flight opportunities in a given area, digitally submit a flight plan and obtain permission to fly if it does not threaten the safety of the aircraft. For air traffic controllers, PansaUTM provides information about unmanned aerial vehicle flights planned in the vicinity of airports and the possibility of issuing permits for flights, similar to crewed aviation. And all this in a dynamic and electronic way.

The growing number of operations performed by unmanned aerial vehicles means that drones must be treated as an equal airspace user and Poland is one of the first European countries to officially launch a system for safe integration of unmanned and manned aviation.

PANSA presented its innovative PansaUTM concept during last year’s World ATM Congress in Madrid. This year the company is presenting an operational solution at the World ATM Congress, described as a huge success for PANSA and Poland by PANSA president Janusz Janiszewski for U-space implementation.

“Launching PansaUTM is an important step towards ensuring the safety of advanced drone operations and a pillar for the development of the drone applications market, which is the subject of the program Żwirko and Wigura of the Responsible Development Strategy,” said Małgorzata Darowska, Plenipotentiary of the Minister of Infrastructure for Unmanned Aircraft. PANSA U-Space Program Manager Filip Sosin added: “PansaUTM’s range of support for UAV operators in preparing for flight covers the whole of Poland. In turn, the system modules supporting the functions of issuing digital conditions by the Agency and consents to flights are being gradually implemented around communication airports.”