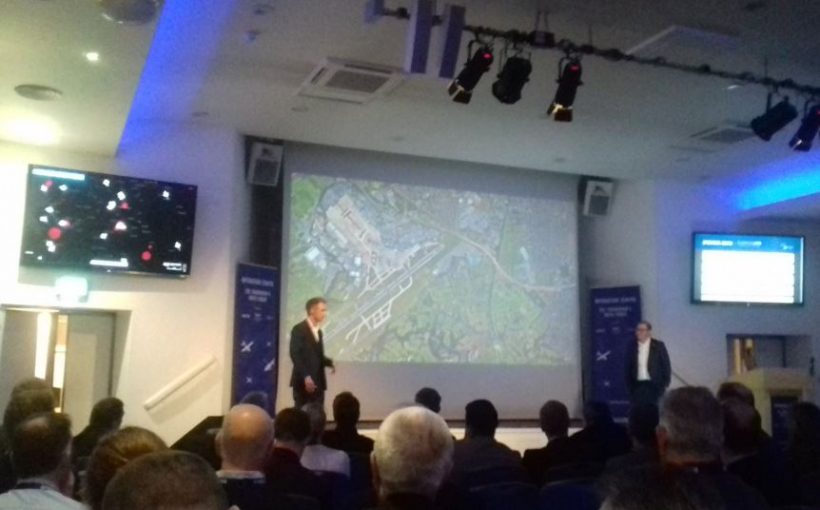 The most technically complex and comprehensive demonstration in the world so far of a UTM system was put on display on 21 November when UK air navigation service provider NATS, UTM technology partner Altitude Angel and Manchester airport demonstrated a range of drone airspace management scenarios in “Operation Zenith” The significance of the demonstration was that it showed, in single time and place, that a wide range of drone operational scenarios could be safely managed by current-technology UTM and related systems even in an airspace next to a busy airport.

These operational scenarios included the automatic “cease operations” command to drone operators with the sudden arrival of an emergency services helicopter and a fixed wing aircraft which performed a go-around manoeuvre. The demonstration also featured the detection and subsequent management of a rogue drone entering the airspace area under control of the UTM.

Operation Zenith demonstrated the maturity of a number of key UTM enabling technologies will allow for the safe expansion of visual line of sight (VLOS) and beyond visual line of sight (BVLOS) operations under existing regulations, according to the project proponents. The operation was held within the Controlled Traffic Zone (CTR) at Manchester Airport and began with a demonstration of drone operations at the airport – delivering tools and inspecting the runway for foreign objects (see table below ”The eight scenarios of Operation Zenith”)

The core airspace management technology behind the operation was the GuardianUTM Airspace Management Operating System, which allowed for the secure data exchange between ATM systems and UTM providers, correlating signals from a wide range of sensors and integrating and connecting with numerous detection systems of uncooperative unmanned traffic.

Drone flight plans and operations were managed through Frequentis electronic flight strips, which allowed airspace managers to interact directly with the drone operators – including giving them the commands to “land”, “loiter” or “hold” when manned aircraft were about to enter the airspace under UTM control.

Manned and unmanned aircraft participant platforms were equipped with uAvionix ADS-B devices, which broadcast position information to the GuardianUTM system and was also made available to ground control stations of drone operators and manned aircraft.

A non-cooperative drone was detected and identified using the DJI’s Aeroscope and Dedrone Counter-UAS Solution, appearing on the UTM display and to other airspace users.

Operation Zenith was designed to demonstrate that an airspace management tooling platform could successfully invoke an airspace restriction in a defined area and automatically disseminate actions to all active and affected unmanned traffic.

The next stage of trials of the concept will take place early next year when more BVLOS operations and airports will be added. Results from the programme will be passed on to the knowledge-bank created as part of the Europe Union’s U-space demonstrator network

(https://www.unmannedairspace.info/commentary/european-commissions-u-space-demonstrator-network-ambitions-challenges-threats/), but, according to NATS, it is unlikely that a fully operational national UTM system would be developed for the UK before the first quarter of 2020, by which time the technical maturity of the system would be complemented by an associated  business plan. Under the NATS concept the core UTM technology – including controlled airspace, airport and low level airspace aeronautical data – would be configured to allow UTM service providers to compete to provide UTM services to individual drone operators.