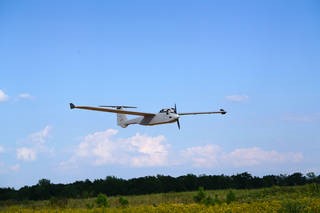 NASA has announced a cooperative agreement notice (CAN) which the agency hopes will lead to routine Unmanned Aircraft Systems (UAS) flights in the National Airspace System (NAS) in 2020.

“This Cooperative Agreement Notice (CAN) allows for multiple cooperative agreements starting with the effective date of award until September 30, 2020. The maximum amount of funding that NASA plans to award through this CAN is $11.07 million. These resources include a total of USD6.47 million of in-kind support from NASA and $4.6 million for direct funding to the awardees. NASA and the selected partners will work together to tackle key challenges that prevent routine commercial UAS operations today, including development, integration, and certification of unmanned aircraft and avionics.

“The agency initiated the Systems Integration and Operationalization (SIO) activity that along with industry will cumulate in multiple flight demonstrations in 2020 that focus on UAS missions occurring at altitudes greater than 500 feet above ground level and include integrated Detect and Avoid (DAA) and Command and Control (C2) technologies.

NASA has selected three proposals and is working toward putting contracts in place:

Awards will be made for a shared resource project with the goal of progressing toward routine commercial UAS operations in the NAS. The Project falls under the Integrated Aviation Systems Program office managed at NASA Headquarters in Washington by the agency’s Aeronautics Research Mission Directorate. NASA Armstrong Flight Research Center in Edwards, California, manages both the project and this solicitation and selection for the SIO demonstration.

For more information on NASA’s UAS Integration in the NAS project, visit https://go.nasa.gov/2P952bg