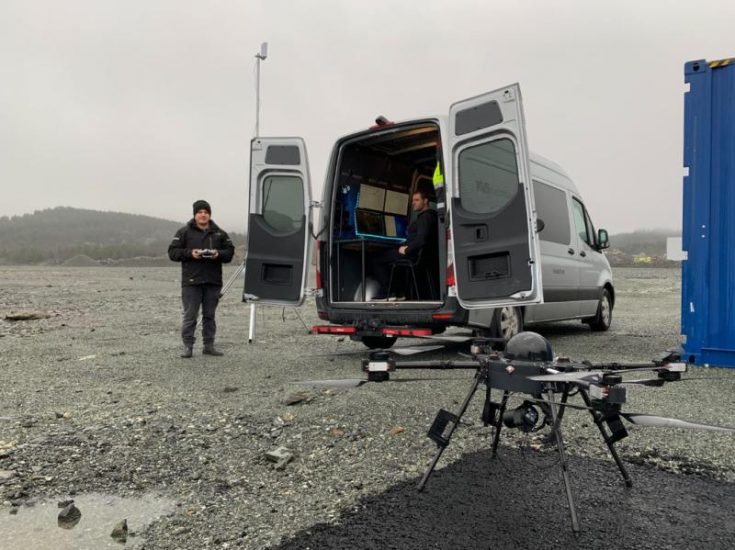 KVS Technologies proposes an operating model to allow low altitude beyond visual line of sight (BVLOS) operations in accordance with the existing airspace traffic management regulations. “This would not just benefit us, but also other drone operators in the same situation as us,” says the company blog.

KVS Technologies is proposing a DAA system that is made up of two parts. The first is the detection system, used in correspondence with real-time aircraft navigation application Air Navigation Pro (ANP). In addition to this, KVS Technologies’ drone pilots will be able to see any manned air traffic during flights using a first-person view (FPV) camera. This allows them to perform avoidance maneuvers that are within the framework of maneuvering procedures determined by our Flight Operations Manager and Flight Systems Technical Manager. Global flight tracking service Flightradar24 is also used during flights in order to detect other traffic who use Automatic Dependent Surveillance–Broadcast (ADS-B) instead of ANP. With these three components in place, the drone pilot will be able to detect almost all traffic.

The second part of the DAA system is the avoidance system and it comprises five components:

Using the forward-facing FPV camera mounted on the drone, any traffic coming into the flight path of the UAV can be monitored. If any traffic would interfere with the planned flight path, the appropriate maneuvers can be carried out in accordance with the flight procedure.

This application calculates the direction and speed of the flight vehicles detected in a defined area, for example our planned drone flight route or take-off area. Avoidance manoeuvres can be performed, or the drone flight can be put on hold until the traffic is clear of conflict. In addition, our drone flight is coordinated by contacting the relevant airspace controller via VHF radio.

A NOTAM is published for the area we intend to fly in, at least 12 hours before the flight. This ensures that the relevant traffics cross over the altitude specified in the flight area, or coordinate their flights with our flight crew if a flight will be performed inside of our flight zone.

During BVLOS flights, drones are required to be equipped with position lights and a strobe light that produces at least 20 flashes of more than 10 candelas. This ensures that the drone flight can be observed by other aircraft flying at low altitudes.

The work KVS Technologies is doing on this DAA system includes many stakeholders such as Avinor, AirNavigation, helicopter companies, and potentially other drone operators – coordination work between these parties has already commenced. There are however certain challenges associated with installing a DAA system. Since it is a new system, there are possible risks that existing components do not work well together. In addition, it can be expensive to adapt this system to a drone, especially when taking into consideration training, test flights, and the investment of time and other resources. Nonetheless, KVS hopes that the DAA system will meet all DAA requirements, become widespread throughout Norway, and help all aircraft, especially those performing low flights, to be able to detect each other and prevent accidents in the air. 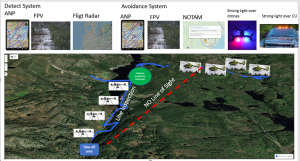