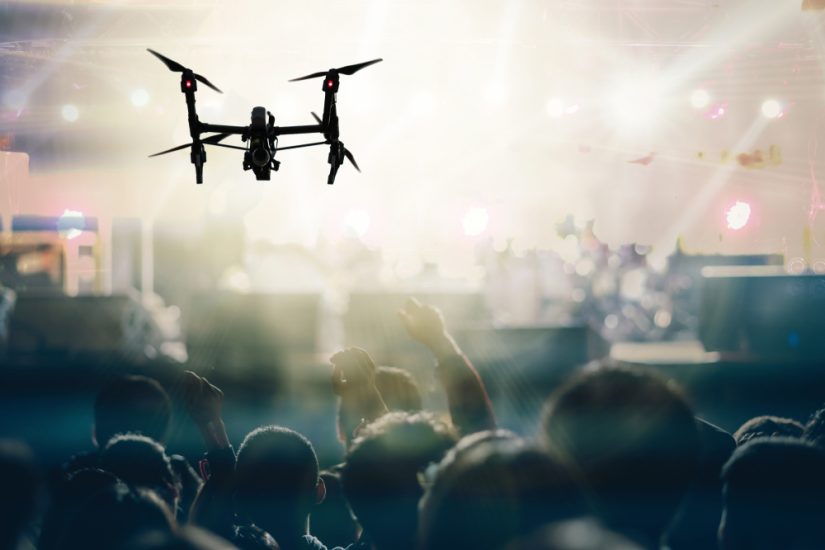 With only two national Uncrewed Traffic Management (UTM) programmes announced in the last few months the industry appears to be experiencing a slowdown at a time when demand for drone operations continues to rise and the January 2023 deadline for European Union for U-space implementation looms.

From January 2023, a new regulatory framework for UTM comes into force across Europe under Regulation (EU) 2021/664 designed to enable region’s burgeoning drone sector to scale up activities in a safe operating environment. At the same time, the US Federal Aviation Administration (FAA) UAS integration Office is testing safety standards and data exchanges as part of its wider rule-making activities to support BVLOS operations. But limited by Beyond Visual Line of Sight (BVLOS) authorisation by exception, drone operators work with “a minimum viable proposition to get commercial operations started” according to Andrew Macmillan, CEO of eVTOL UK start-up Vertical, speaking at the Royal Aeronautical Society (RAeS) conference on the Alignment of ATM and U-space/UTM in London on 11-12 October 2022.

Industry concern over slow progress towards BVLOS at scale prompted UK air navigation service provider NATS to set up a BVLOS Operations Forum to share information about performance, safety and the integration pathway. Launched with a dozen participants in mid-2022, a further 34 organisations wish to join, possibly including the military, said Russell Porter, head of UTM programmes at NATS. “Several themes are coming to the surface, such as resource management and training, as we define what is needed in the regulations.” NATS has met formally with the Civil Aviation Authority (CAA) and is due to publish a white paper in the coming weeks outlining roles and services as the industry takes steps away from segregated airspace.

Among regions working hard to scale up drone operations and capitalise on market opportunities, Swiss regulator FOCA hopes its regulatory structure will be in place during 2023, to represent one of Europe’s most advanced markets. FOCA is working closely with operators including DroneUp to create value for the whole system and learn from parallel activities in the US.

One of the challenges is the urgent need to increase the role of automation explained Sebastian Babiarz, Co-President of the Global UTM Association (GUTMA). “Air traffic management remains largely analogue and human-centric today. This comes with limitations, slowing the introduction of new services.” The new business models linked to UTM services reply on far greater amounts of digitisation ranging from automated approvals to enhanced connectivity. The recent joint publication on aerial connectivity by GUTMA and the mobile network association GSMA  sets out performance requirements for cellular links to guide standards for U-space services, and GUTMA sees cross-industry collaboration as central to the development of the UTM ecosystem.

Increased automation brings additional challenges advised Dr Parimal Kopardekar (PK), Director of NASA Aeronautics Research Institute. “We need to be more agile” to accommodate a more diverse airspace. He commended the basic structure that is taking shape, adding that moving to the next level requires technology enablers including “digitisation, automation, the Internet of Things, artificial intelligence and machine learning. The easy part is done, now comes the hard part”. This evolution brings with it fresh regulatory challenges related to open-source software, cyber and security.

NASA is moving ahead by targeting specific applications and learning through developments such as the Scalable Traffic Management for Emergency Response Operations (STEReO) project in collaboration with firefighters who operate UAS. STEReO employs a prototype platform to inform firefighters operating drones of the whereabouts of crewed aircraft, making it safer to use drones for emergency response. The tool was tested during the fire season in different locations and the results used to inform a national campaign under NASA’s Convergent Aeronautics Solutions project.

“We are working in four key areas,” explained Robert Pearce, NASA’s associate administrator for Aeronautics. These include issues of UAS separation and integration; safety; community acceptance; and automation. “We are looking at a range of requirements that interact. Where can we prove out these requirements using simulation and real flights, and identify additional areas of work? We are developing an overall system architecture capable of handling hundreds of vehicles at the same time from the mid-2020s.”

Working in collaboration with industry is an essential part of finding solutions to meet the needs of new entrants. The ATM sector traditionally relies on government-led research and development to keep pace with modernisation, a concept that is being replaced by rapid industry-driven change. Former US Federal Aviation Administration (FAA) deputy director William Voss pointed out this is challenging for authorities working towards integrating ATM and UTM operations. For example, it reduces funding available for development activity and fragments results across multiple projects.

The UK’s Connected Places Catapult programme aimed to bridge the funding gap through private-public partnership to demonstrate a range of U-space services in field trials last year. The findings are informing successor programmes like Future Flight Challenge which includes the Skyway project to create a 260km highway across central England by 2024 open to both crewed and uncrewed vehicles. “It’s about integration, not separation,” explained Craig Wilson Altitude Angel Programme Manager. “The system takes the load from the operator to fly from A to B by lowering the barrier to entry the detect and avoid perspective. PTZ cameras layered with electronic conspicuity and ground sensors enables the system to deconflict traffic.”

Promising parallel developments are underway elsewhere, including medical deliveries in European cities as part of the SESAR SAFIR-Med large-scale demonstration, Scotland’s national CAELUS medical network, and several pre-operational applications in France under DSNA’s UTM U-Space Together programme. Others, such as deliveries in remote regions of Africa by companies like Swoop Aero, Wingcopter and Zipline, there is no UTM framework said David Guerin, Safety, Regulations and Airspace Integration Advisor for African Drone Forum: “While 18 African states have enacted drone regulations over the past decade, 45% of the continent still lacks any regulations and no African country has UTM service provision.” He sees this as “opportunity to harmonise UTM regulations” using European legislation as a template. “Regulators need to keep in mind the very different infrastructure of the global south,” he said. While many operations are flourishing despite the absence of UTM – for example networks in Malawi rely on Whatsapp to support hundreds of BVLOS flights across 10 facilities – the forum is “trying hard to harmonise regulations across neighbouring states and regions”. It also plans to open a second drone training academy in Nepal based on its African Training Academy.

“Learning by doing” is central to developing a regulatory environment that will enable the industry to grow said Andrew Hately, Technical Coordinator of Eurocontrol’s Concept of Operations (ConOps) research. “It costs a fortune, but the results of a few hours’ flight are invaluable and helps us to find the rough edges.” Identifying and reducing the risks involved collaboratively with industry is part of the process of moving from BVLOS by exception, to BVLOS by rule – a goal still years from realisation believes FAA Chief Scientist Steve Bradford.

In the meantime, continuing to reduce the gaps between parallel activity by industry and regulatory bodies is seen by policy makers as the most likely way to realise implementation of basic UTM services and provide a stepping-stone for industry growth.