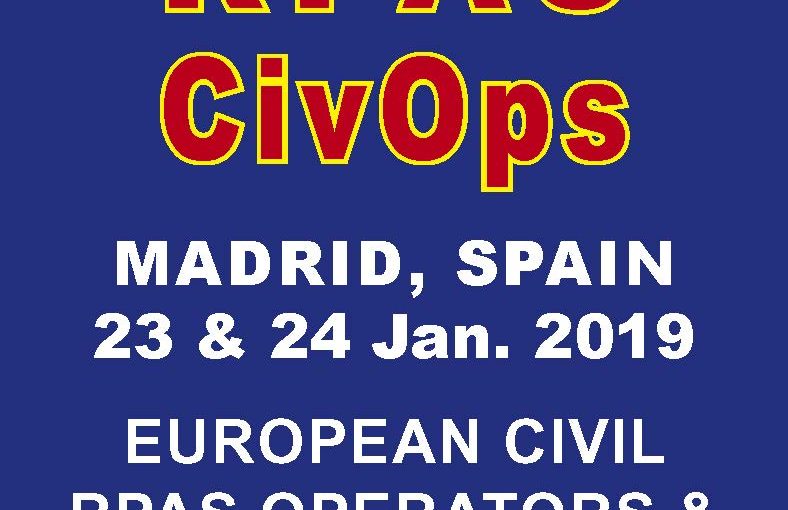 RPAS CivOps 2019, the Seventh annual European Civil RPAS Operators & Operations Forum, is taking place in Madrid, Spain on 23 and 24 January 2019. This event is coordinated with and hosted by AESA (The Spanish Aviation Safety & Security Agency). In line with the event’s theme “Harmonizing National Regulatory Approaches”, Civil Drone Councils (public/private partnerships) will give updates on their national activities. A focus will be put on the harmonization of national approaches to certain matters of critical importance to the current and future RPAS operator community that are covered by the upcoming European regulation (e.g. experience with the use of SORA to define standard scenarios for RPAS flight operations [incl. experimental], U-Space, and its integration with ATM), as well as topics that are not covered by the upcoming European regulation (such as flight schools, pilot training and qualification, standards (incl. product safety/C€ marking), proposed standard operational scenarios, test ranges and relevant safety rules).

The conference’s 45 speakers include: