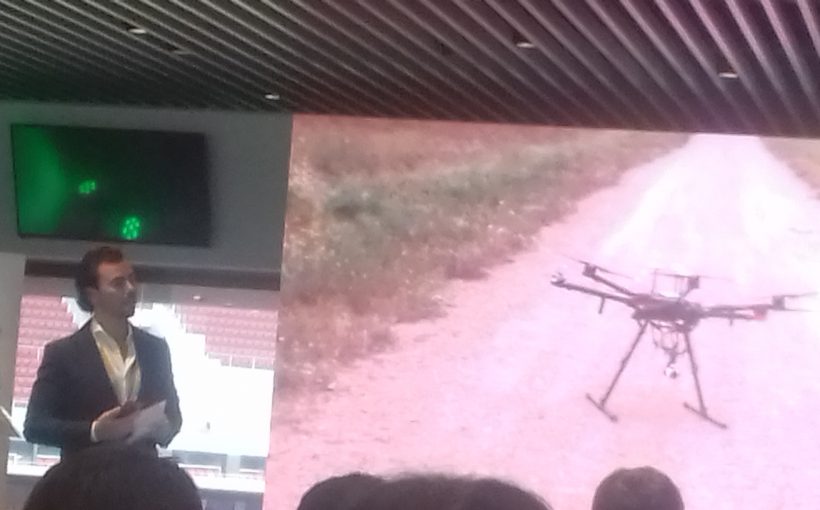 The first UTM end-to-end demonstration (from registration, flight-plan publishing, approval and then flight) took place in Spain on 6 May 2018, day two of the GUTMA annual conference, when three drone flights were managed by an integrated ATM/UTM system and tracked by an independent non-cooperative surveillance network. ENAIRE and Everis organised the live demonstration of their UTM concept in controlled airspace, using an AirMap UTM system integrated with the ENAIRE Automated Air Traffic Control System (SATCA) network. The demonstration also incorporated a police request to halt a drone flight, which was sent via ENAIRE’s Integrated COM/AIS/AIP & Reporting Office Automated System (ICARO) NOTAM-generating tool, which alerted the drone operator to cease flying.

The conference presentations that followed the demonstration then highlighted the role of other stakeholders in developing UTM systems worldwide and some of the promising technologies to support more complex drone operations.

Three years ago the Geneva police were handling 40 drone flight security authorisation requests a year; in 2017 the police force managed with Swiss air navigation service provider (ANSP) skyguide 1,400 requests, said Peter Brander of the Geneva Police, which has been a member of the counter drone working group developing a European-wide police strategy in this area. Apart from the overt security challenges, he said, one less obvious concern for security forces is to identify the drone payload. “Even with U-Space we still have the problem of what is under the drone – what is it carrying? Explosives?”

No-fly zones need to be more nuanced, according to Diana Cooper of PrecisionHawk, as a nuclear power plant is not the same kind of sensitive area as a theme park which has scheduled opening and closing hours.

The global consumer installed drone base is projected to reach 107 million in the next three years, according to AirMap’s David Hose. “The thing we need to keep in most is public acceptance,” he said. “The public should feel comfortable that drones will be part of their life.”

GSMA – the global trade association of mobile phone service providers – Is launching a global survey of drone operators and service providers into what kind of issues operators faced in considering the use of mobile networks as a basis for supporting beyond visual line of sight (BVLOS) flights. GSMA’s Barbara Pareglio highlighted the interest among the association’s members to provide SIM-based drone ID and tracking services, especially as members needed new market growth to replace declining traditional revenue. She suggested that her members’ access to secure-channel licensed-spectrum was a key area in any future UTM role.

Cristina Mihalachioiu of Involi complete the conference proceedings by outlining the company’s technology path for low level drone communications and detection by describing its work to set up a network of micro-control towers in Western Switzerland, providing the communications bridge between the UTM supplier and individual drones. The system is being developed to detect FLARM and ADS-B equipped aircraft and, by 2020, non co-operative drone traffic.