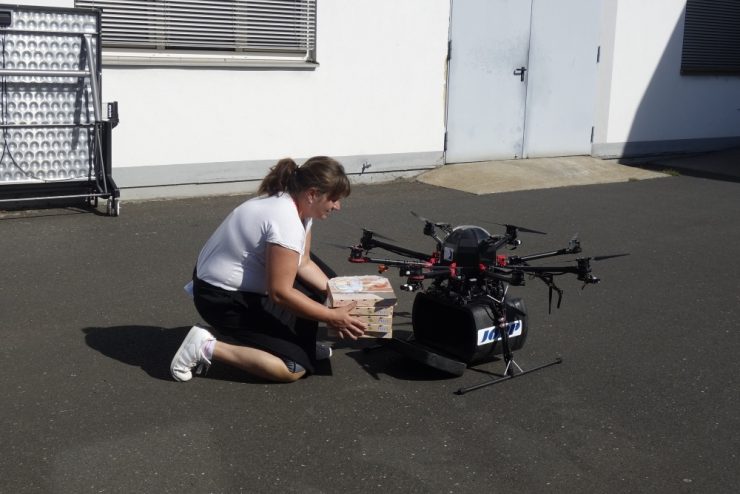 Wurzburg (Germany)-based drone-technology company Emqopter has announced it has made the first food delivery by drone in Germany.

According to the company’s website: “After an extensive phase of development our delivery drone was the first to be used for autonomous food delivery in urban environment in Germany. The flight route of 600m in Bad Neustadt took the drone only three minutes of total flight time. Of course, the pizza was still hot! With a maximum lift of weight of 11 kg and a payload of 2kg the drone is perfect for transport of small parts and house post.”

In an interview with news website Unmanned Systems Marvin Bihl, Emqopter General Manager Finance, said the company had also set up an industrial drone delivery network between different plants for an automotive manufacturer.

“This is a system we developed for a customer who has two separate plants, about 700 meters apart from each other, with streets, buildings and other things in between,” Bihl was quoted as saying the report. “Originally, they were using a car to transport small items from one site to the other, which took them up to 15 minutes. With our system, which began operating in August, the same delivery takes five minutes, and they say this saves them 20 percent in costs.”