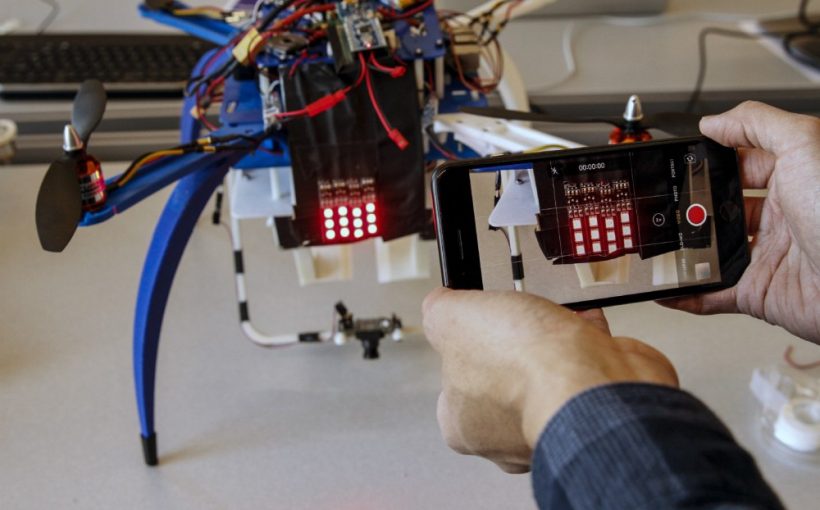 According to a recent company blog (https://medium.com/@ford/why-a-car-company-is-looking-to-the-skies-a-glimpse-into-fords-drone-research-8365b4c97833) Ford has developed a customizable drone development platform that allows the car manufacturer to study and test for integration between unmanned aircraft and its range of cars, trucks, and SUVs.

“Our unique proposal would easily identify drones in close range with little to no modification of existing models,” according to John Luo, Research Manager, Emerging Technology Integration, Ford Research and Advanced Engineering and Adi Singh, Principal Scientist, Small Unmanned Aerial Systems Integration, Ford Research and Advanced Engineering. “This work will go on to ensure the safe and responsible use of drones in U.S. airspace while maintaining the bandwidth necessary for innovation, as the recommendations given to the FAA could help lay the foundation for drone flights over people and beyond visual line of sight.”

“Specifically, our solution leverages the 10-digit code the FAA provides to those who register their drone, which must be legibly printed somewhere on the frame of the device. The challenge is that a drone’s ID cannot be read unless somebody is in close proximity to the device, making it almost impossible to identify drones that are in flight. Therefore, we looked at using the anti-collision lights that several drones offer to improve their visibility during night-time operations. Our patent-pending idea is to use the lights to broadcast a drone’s 10-digit code in an ASCII-encoded binary signal at a baud rate — one that could be synced for consistency across the system to ensure universal compatibility.”

“In addition to these lights being used to visually communicate system status with a combination of colour and blinks, they could send a drone’s FAA registration number so that it can be captured and interpreted by a camera-based software app we’ve developed. Our decoding algorithms, built using Google TensorFlow, can be run on a standard smartphone, which would enable the public to identify and report any misbehaving drones. Already, our preliminary in-field tests show the system can consistently and accurately identify drones operating within 80 feet of an observer. Think of the 10-digit code as a license plate number, with our solution allowing people to identify or report a drone that’s operating in a situation where it shouldn’t be.”

A more detailed look at the company’s submission to the FAA can be found in the whitepaper: “A Zero-Cost Solution for Remote Identification and Tracking of sUAS in Low Altitude Flights.”