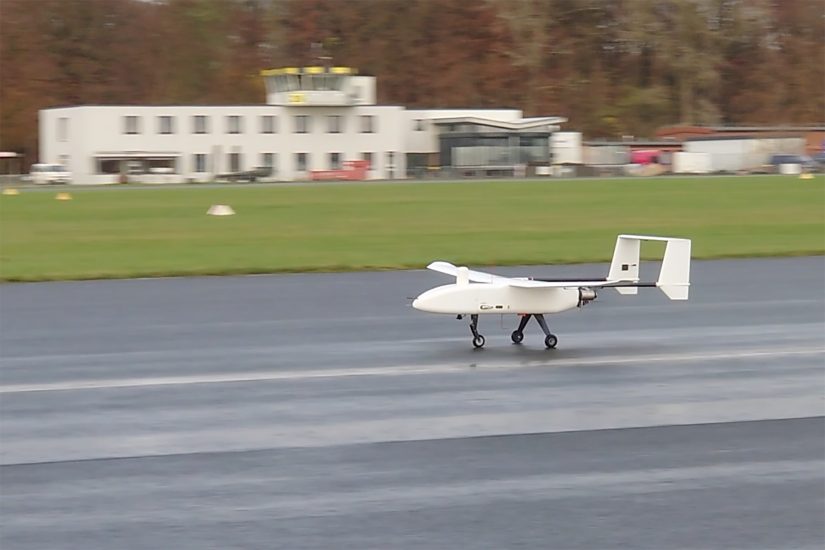 German Unmanned Traffic Management (UTM) company Droniq has been granted approval for new routes for drone flights beyond visual line of sight (BVLOS) in Lower Saxony. The flight routes are over 100 kilometres long and pass through controlled and uncontrolled airspace. The first flight took place this week, says the company press release.

The flight started at Rotenburg Wümme airfield before flying about 30 kilometres in an easterly direction. It then returned to the starting point.

Droniq flies the BVLOS routes with a drone from Hanseatic Aviation Solutions GmbH. The S360MK2 drone has a wingspan of 3.60 metres and flies at speeds of up to 145 kilometres per hour. The drone is powered by an internal combustion engine. This allows it to stay in the air for several hours.

Droniq had previously obtained permission from the relevant state aviation authority to fly drones in controlled and uncontrolled airspace beyond the sight of the drone pilot. An essential component was the creation of an operational concept and a risk assessment.

The basis for safe drone flight on the new route is the traffic management system for drones (UTM) distributed by Droniq and developed by DFS. Via the UTM access, the drone controller keeps an eye on the airspace and is informed about all relevant flight activities. The surrounding manned and unmanned traffic is also visualised.

“Many commercial and government drone operations require the drone to be able to fly out of sight,” explains Droniq CEO Jan-Eric Putze. “With the start-up in Lower Saxony, we are demonstrating once again how appropriate routes can be set up and flown safely.”

“Our goal is to ensure equal coexistence of manned and unmanned air traffic,” explains Thilo Vogt, Droniq Sales Director at Droniq. “With the commissioning of the new routes, we are setting the course for establishing further BVLOS routes in Germany in the coming year.”