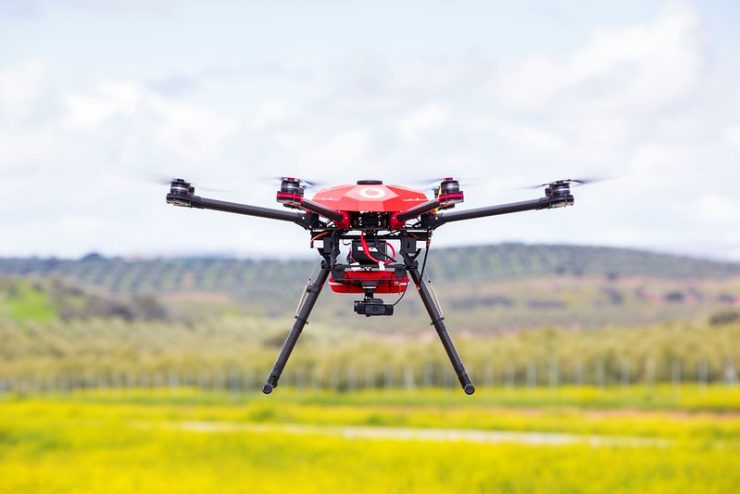 Mobile network operators (MNOs) will not only be able to provide connectivity but integrate UTM services such as geofencing and alerts, dynamic ground-risk determination, virtual “human-eye” piloting, drone tracking and positioning, real-time data analytics, weather condition reporting and forecasting, post-flight data analysis and reports, airspace access authorisations and cloud services into an inter-connected eco-system, according to speakers at the second “Connected Skies,” webinar on 26 March, entitled “Where are mobile network operators (MNOs) investing in drones today?” organised by the Global UTM Association (GUTMA).

To truly transform business operations drones have to be connected to a network to enable services such as real time video streaming, beyond visual line of sight (BVLOS) operations, remote deployment and one-operator-to-many-drones operations, according to Mariah Scott, President of Skyward, a Verizon company. For the last two years Verizon has focused on its aviation development centres to test connected-drone use-cases such 5G and multi edge computing and the application of aviation missions within the company’s wireless network. It has also developed an airborne LTE operations data plan and is certified to conduct flights operations and data transfer over the company’s 4G network for commercial users to fly BVLOS missions or stream command and control and payload data.

“We support the FAA’s notice of proposed rulemaking (NPRM) on remote ID because we think it’s a key component to universal traffic management – moving away from a model of manual operational control towards a model of operational autonomy,” said Mariah Scott. “The current system of manual control can’t really scale to the millions of drones that are coming or are already here. Learning how to safely automate our flight operations is critical for drones.” It is only by developing cellular connectivity that drone operators will be able to full exploit autonomous systems on board – such as automatic detect-and-avoid or obstacle avoidance – so that a fully connected system can be built to provide automated access and authorisation.

“In telecom we have learnt how to safely and intelligently automate our phones and the cellular network so they know when and how to seamlessly navigate – that’s the model we want to take forward with connected drones,” she said. And there’s a critical safety issue, too. Millions of recreational and small users are only going to adopt safe operational control principles if they have automation built into the platform upfront, like smart phones.

The company is confident that the cellular network is robust enough to support safety-critical operations at altitude – the higher you go, the more cell towers become visible to the drone.

“We have been testing the Verizon network in different types of setting  – rural, suburban, urban – and at different altitudes of 100ft increments up to 2,000ft,” said Mariah Scott. “We have found even at 2,000ft there can be sufficient throughput and connectivity to allow command and control and live flight tracking int terms of network remote identification…or tracking a flightpath. We have been so far very encouraged about the robustness and reliability of the cellular network at the altitude of most small UAS typically fly at.”

And in reply to a question posed by Sebastian Babiarz, Head of Strategic Business Development at AirMap and moderator of the webinar, Mariah Scott said she definitely believed there was an opportunity for manned aircraft such as helicopters and general aviation platforms to be included in future MNO-based UTM systems.

The Verizon experience was mirrored by research findings into the robustness of these networks carried out in Switzerland. “First, we found out that the cellular network’s unlimited range independent of the distance to the drones and its availability makes it a compelling technology to use to command and control drones,” said Cyril Mugglin, Business Development Manager Drones, Swisscom. “We are convinced that the cellular network can allow the integration of other safety relevant systems such ADS-B and FLARM. The coverage is available today.”

Swisscom has developed two relevant information sources to determine where it is safe to fly. The first is a cellular coverage and performance status analytics tool which tells drone operators the forecast connectivity performance in the sky based on their requirements. The other item is a population density indicator which feeds into the risk analysis required for a SORA safety audit. “We can add value by providing dynamic density data – from the cellular network, anonymously collected and aggregated – which allows drone operators to adjust their operations during tactical planning or even during the mission.”

Not every inch of territory can be covered by a mobile phone network – but several of the speakers at the event said their companies were developing drone-based mobile connectivity cells to allow connected services be launched in remote areas.

And 5G will improve this situation even further. The Turkcell 5G drone project is testing drone management via a reliable and low latency 5G connection. The research also involves placing a 360 degree high resolution camera on the drone with images sent to a server then transferred to operator in near real-time, “so the drone camera became a human eye,” said said Nuran Demirci.

“We believe we can position the mobile network as the key enabler for BVLOS,” said Eimantas Puscius, coordinator of the Connected Drone Programme at Vodafone. The company is focusing on three areas – regulation, network readiness and industry engagement and over the last three years has developed a suite of UTM capabilities.

Vodafone’s radio-positioning system is a geo-location service independent of GPS, based on fingerprinting technologies and artificial intelligence algorithms to ensures that GPS location derived data is correct. No cooperation is required from the drone but it has to be connected to a network via a modem.

The company has also developed a dynamic no-fly-zone capability which allows drone operators to create and erase no-fly-zones at any given moment in time. “What that means is that we can send an automatic command to a drone to either land, hover or return home,” said Eimantas Puscius. Other capabilities include a user identification system – so police operators, for example can be differentiated from standard operators, a “crowd cell” mounted on a drone to act as a relay to create coverage where there was not any before, and a network management tool so that drones do not do not impact the performance of the mobile network to users on the ground.

“We recently managed a world first in Benidorm when we connected a live drone to a 5G network and showed conflict resolution capabilities where we had one drone approach another and the first drone automatically lowered its altitude,” said Eimantas Puscius. The same exercise also demonstrated the application of a dynamic no-fly-zone above a police vehicle on the ground and a package delivery launch to a remote island – all within an urban environment.

An audience of 106 participants took part in the webinar, which was organised for GUTMA by https://www.manageld.com/.