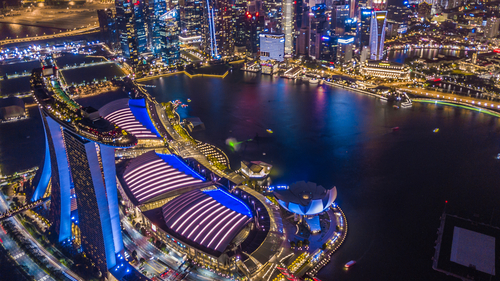 The Straits Times has reported Nanyang Technological University (NTU) and telecommunications company M1 are using the M1’s 4.5G heterogeneous network (HetNet) to fly drones, instead of the usual wireless networks.

“On 7 December the two parties signed a research agreement, which is expected to last three years, to use such networks to develop a traffic management system for drones. This enables multiple drones to fly at the same time along pre-determined routes,” said the newspaper report. “This 4.5G network – a speedier version of the 4G data network consumers use on mobile phones – will let drones communicate with their controllers, and also one another, over long distances and more reliable data connection.

“Professor Vu N. Duong, director of NTU’s Air Traffic Management Research Institute (ATMRI) which is leading the research, said this is growing in importance as commercial usage of drones is increasing.

“Using a 4.5G network will allow drone operators to safely pilot their drones even beyond line-of-sight, as the drone is still able to remain connected to the drone controller over long distances.”