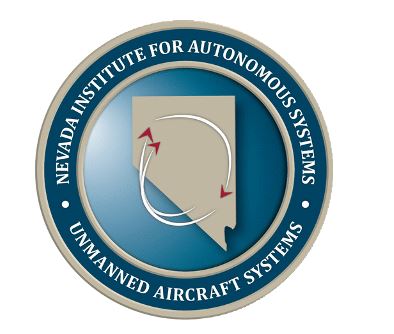 The Nevada Institute for Autonomous Systems (NIAS) on 31 July 2018 announced the launch of the Nevada Drone Center of Excellence for Public Safety (NDCOE). The mission is to save lives and reduce air hazards from drone incursions by empowering a shared safety vision with the FAA’s integration of drones into the commercial air traffic system.

Safe and successful UAS operations rely on quality training, end user education and maximizing public safety processes. To protect and educate residents and visitors, this centre seeks to protect against drone users who pose a public safety hazard due to inexperience and/or malicious drone operations, e.g., drones hitting people or that have the potential to cause an airline disaster, and who violate your safety, privacy, or drone laws near high traffic public places, at airports, near military bases, or critical infrastructure. NDCOE will also advance Drone Surveillance, Detect, and Avoid (remote sensing), wildland firefighting, gas-leak detection, and time-sensitive medical delivery technologies for life-saving medical equipment and organs.

“In addition to fostering major advances in UAS technology with testing partners like the FAA, NASA, and Switch, Nevada is also home to the most registered drone users in the nation in Las Vegas,” said Paul Anderson, Executive Director of the Nevada Governor’s Office of Economic Development. “This dynamic makes such a program as the Nevada Drone Center of Excellence for Public Safety a natural step as drones increasingly become a bigger part of our daily lives.”

In a recent state-wide Nevada Drone Industry survey by the University of Nevada, Las Vegas (UNLV) and NIAS, the NDCOE received incredible support to open the first centre of its kind in the U.S. In this survey, almost 80% of respondents were concerned about a recreational drone hitting an airline and causing an airline disaster and almost 90% were concerned about aerial drones illegally penetrating FAA airspace without authorization at outdoor events such as sports stadium, concert, or at large public gathering events.

“We are taking an aggressive approach toward solving the complex UAS Industry challenge of mitigating drone incursions into the National Airspace System (NAS)—one of the toughest FAA challenges today. What we are doing in Nevada will be of immense value to the DOT, FAA, DHS, DOJ, commercial airlines, visitor venues, and the UAS Industry. This new center will help advance infrastructure protections, drone detection innovations, enhance air safety, and expand air commerce in Nevada,” said Dr. Chris Walach, Senior Director, NIAS and the FAA-designated Nevada UAS Test Site.