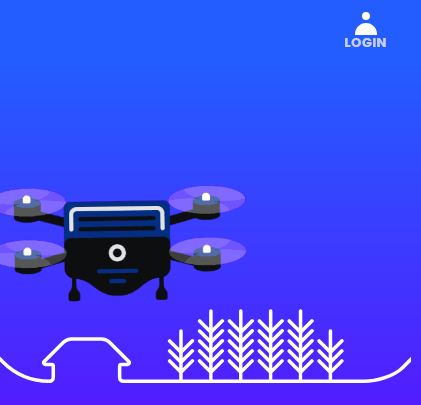 On 1 December, the Indian Ministry of Civil Aviation launched its Digital Sky Platform – to start the process of registering drones, pilots, and operators while offering a portal for online permissions to fly. Operators of nano drones are exempt from the provisions.

According to press reports from the launch of the programme, Minister of State for Civil Aviation Jayant Sinha said the government is examining the possibility of creating “drone ports” in hospitals as a priority drone service.

“Following the registration beginning from December 1, the required licenses will be issued from a month later to accord drones legal status in India. We are working on the next step of our drone policy where we are looking at allowing flying drones beyond the line of sight in certain areas,” Minister Sinha was quoted as saying. “Drone ports in hospitals can allow quick transportation of harvested organs to recipients under the Drone Policy 2.0 or the next generation of our policy that was recently announced.The draft civil aviation requirement for Drone Policy 2.0 will be issued for consultation on January 15 at a global aviation summit India is hosting in Mumbai,” he added.

In a 1 December statement the Ministry of Civil Aviation said: “The platform has begun accepting registrations of users. Payments for Unmanned Aerial Operator’s Permit (UAOP) and Unique Identification Numbers (UIN) will be accepted through the Bharat Kosh (bharatkosh.gov.in) portal. To get permissions to fly, RPAS operators or remote pilots will have to file a flight plan. Flying in the ‘green zones’ will require only intimation of the time and location of the flights via the portal or the app. Permissions will be required for flying in ‘yellow zones’ and flights will not be allowed in the ‘red zones’. The location of these zones will be announced soon. Permission, if granted, will be available digitally on the portal.

“If an RPAS does not have permission to fly, it will not be allowed to take-off under the policy of NoPermission-No-Takeoff (NPNT). This aspect of the portal is expected to be live soon. Existing drone operators are requested to contact their manufacturers for NPNT-compliant firmware upgrades & Equipment Type Approvals (ETA) from WPC Wing of DoT. Potential drone owners are required to buy NPNT-compliant RPAS. A point of contact in the WPC is available on the Digital Sky Website DGCA has released a list of Frequently Asked Questions as well as a list of Do’s & Don’ts for safe flying.

“A detailed RPAS Guidance Manual has been released in November and is available on the DGCA website. This includes technical Specifications for NPNT compliance that will help manufacturers roll out relevant upgrades to their RPAS. The import of drones is now permitted as well, and a point of contact in the DGFT is available on the Digital Sky Website.

“The Digital Sky Platform is built to evolve with the evolving needs of this rapidly changing industry. In the coming months, new features will be developed to ease the process of flying for users, and provide oversight to security agencies. Furthermore, it is envisioned that in the future Digital Sky Service Providers (DSPs) will be extending the functionality of the platform through Application Program Interfaces (APIs).

“On this occasion, Shri Suresh Prabhu, Minister for Civil Aviation, Government of India said that “Drones are an industry of the future. It is a matter of great pride for India that we are now at the cutting edge of the rule making in this industry. India will be taking lead in this sector and will be working with countries around the world to develop common, scale able standards. This industry has a large potential for Make in India and also to export drones and services from India.’

“Minister of State for Civil Aviation, Shri Jayant Sinha said that: “Today, we have taken the first step towards our vision of seeing millions of drones fly in India. Drones are a frontier technology which has the potential to leapfrog India’s economic growth. This technology can greatly benefit our farmers, infrastructure entities like railways, roads, ports, mines and factories, sectors like insurance, photography, entertainment, etc.”