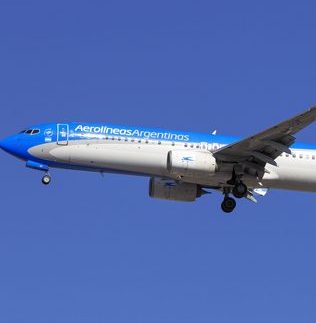 An Aerolineas Argentinas Boeing 737-800, flying from Trelew, northeastern Patagonia, was struck by a drone during its final landing approach to Buenos Aires Jorge Newbery Airport. The aircraft landed safely and no crew or passenger injuries were reported. According to the Flight Safety Foundaton’s Aviation Safety Network (https://aviation-safety.net/) the aircraft “was approaching runway 13 at Buenos Aires-Jorge Newbery Airport when it hit a drone abeam the Tierra Santa theme park. Tierra Santa is located about 1 km short of the runway 13 threshold. A safe landing was carried out.

The airline reported that the aircraft suffered minor damage to the left hand fuselage below the left hand flight deck window. It was grounded for inspections.”

This is the third reported incident of a drone hitting a piloted aircraft in the last few weeks. On 12 October a drone hit an aircraft on approach into Lesage International Airport in Québec (http://www.unmannedairspace.info/uncategorized/drone-airline-collide-quebec-no-casulties/) while on 12 September a drone collided with a US Army Black Hawk helicopter patrolling the skies above New York City (http://www.unmannedairspace.info/uncategorized/drone-collides-with-us-army-black-hawk-helicopter-over-new-york/).