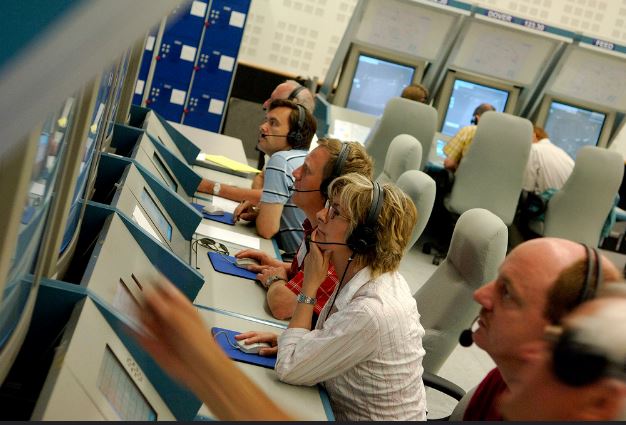 Remotely piloted aircraft systems (RPAS) will one day be able to operate in controlled airspace alongside piloted aircraft – but it will take many hours of complex simulation exercises to ensure that when this happens there will be no loss of safety or airspace capacity. If an RPAS is inserted into unsegregated operations in airspace at a similar level to other aircraft, this often causes an immediate problem for controllers. Some RPAS will fly significantly slower than conventional airliners and there may be a latency in communication between the operator on the ground and the platform in the air – with the possibility of a data-link loss – and the RPAS may be impacted by weather issues such as strong winds, often far more significantly than other airspace users. If there is a very strong headwind some RPAS more or less come to a complete stop.

Over the last few months EUROCONTROL has been working on a series of RPAS simulations as part of the SESAR 2020 programme to look at exactly these issues of operations and integration. Two years ago the Agency invested in new software in anticipation of a demand for such work. There was nowhere in Europe to simulate in detail the performance of these aircraft, so the Agency made an investment decision to develop the software, even before a detailed work programme had been decided.

Kevin Harvey is Leader of Real-Time Simulations at the EUROCONTROL Brétigny Experimental Centre outside Paris. “In the past, when other agencies had wanted to look at simulating RPAS into controlled airspace they would take a platform like a Cessna 172 and estimate that an RPAS would have a similar performance to a general aviation aircraft,” says Kevin Harvey. “But we realised that, long-term, this was not going to be good enough. So we began to gather data on RPAS performance and we’ve now developed four types of RPAS models, capable of flying at different levels and with different performance, such as Global Hawk, Reaper and two generic models. These are now contained within our aircraft performance base-of-aircraft-data (BADA) database, available to anybody who is planning airspace simulation research.”

The SESAR 2020 RPAS simulations began in October 2017, under the umbrella of PJ10.05 (IFR RPAS Integration), and it rapidly became clear that inserting RPAS into controlled airspace in unsegregated operations would be a highly complex task. The real-time simulation work has focused on adding RPAS to controlled airspace traffic patterns – mainly military types equipped with transponders and communications systems which would be required of any aircraft flying in this environment. But the simulations have also looked to the future and have envisaged a possible new generation of civil cargo-carrying UASs which companies such as UPS are considering for night-time deliveries of bulk packages to regional distribution centres.

The first exercises have involved simulating a multinational airspace environment (Italian and Maltese airspace in this case) with realistic traffic flows, inserting RPAS into the traffic mix and then capturing and detailing what the controllers need both procedurally and in terms of system support to allow a seamless integration of RPAS into their normal traffic. According to Kevin Harvey the impact has been profound.

“We’ve been looking at a number of issues – the effect that communicating with and managing RPAS has on controller work and workload and the way that RPAS and conventional aircraft are managed together,” he says. The simulations have researched speed and performance issues related to RPAS and how these performance issues are handled when mixed with “conventional” traffic.

Another area of interest has been how these RPAS performances are, in turn, affected by very strong winds. Then there is the significant issue of latency of communications – a delay in the communications between the controller, the RPAS pilot and the drone. Here, although not yet complete, the simulations have started to show the impact that different communication delays have on the way the controllers manage all of their traffic, not just the RPAS. It has been seen during the simulations that the controllers tended to prioritise their tasks somewhat differently, depending on the amount of RPAS they were handling at the time.

The simulations have also started to look at how RPAS contingency measures (what the RPAS would do if/when it had a significant link failure problem) will fit in with rules that apply to conventional traffic. This work will continue in the next two sessions.

Throughout all of the simulations researchers have also been looking at the human-machine interface (HMI) aspects and what sort of display and other functions the controller will require to seamlessly manage RPAS traffic. EUROCONTROL researchers have developed an HMI indicator for the simulation platform to clearly indicate to the controller when they are dealing with an RPAS, and to provide a visual reminder to them of the potential issues that might be associated with that. HMI indicators will also show whether the RPAS is equipped with avionics to allow for reduced vertical separation minima (RVSM) operations; if not, controllers will have to apply a wide margin of separation.

But the most complex problem facing EUROCONTROL’s simulator software developers has been the introduction of latency into radio message transmissions, with time lags of different lengths being introduced, depending on the type of RPAS and location of its remote pilot. These time lags affect how the transmissions are performed between the RPAS simulator pilot and the controller; they are intended to mimic current real-life experiences of handling RPAS.

The results of the initial simulation exercises for PJ10.05 will be available later in the year. The next round of exercises were scheduled to start on 12 February 2018, and the fourth and last set are due for completion on 23 March 2018.

The Brétigny research team want to be able to go further and to simulate RPAS operations at a lower level within the next few years, where RPAS are operating close to an airport.

“It really is a very, very fluid, fast-moving process,” says Kevin Harvey. “And of course at some stage we want to look at simulating drone operations in very low-level operations. We want to look at a tower operation where there is a certain amount of drone activity in and around the tower and the controllers have to manage traditional traffic and drones at the same time. But the problem is getting the performance data for these smaller classes of RPAS. Most drone manufacturers are not keen on providing this information because it’s commercially sensitive. And it’s so fast-moving that even if we manage to get this data it won’t be long before it becomes redundant and the model will need to be replaced with one which performs slightly higher or faster.”

“Everybody is very excited about drones, understandably, it’s moving on at a great pace. But people forget that we’re operating in a safety critical system and that we need to assess the impact of these drones in the overall airspace and that’s something that we are only now starting to do.”

This story has been reproduced with the kind permission of EUROCONTROL. It originally appeared in the Spring Summerr issue of Skyway magazine, available at: https://www.eurocontrol.int/publications/skyway-no-68-springsummer-2018. Image – the Experimental Centre, Bretigny, EUROCONTROL