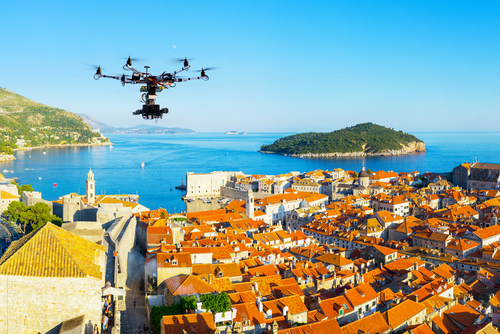 According to the Dubrovnik Times  (http://www.thedubrovniktimes.com/news/croatia/item/4504-relaxation-of-laws-of-flying-drones-in-croatia) the Croatian Civil Aviation Agency (CCAA) has announced a series of rule changes to its drone operating laws (http://www.ccaa.hr/english/general_372/) which will ease restrictions on UAS operations in the country.

At the recent Osijek Drone Expo CCAA, according to the news service, announced:

“We liberalised the technical requirements for unmanned aircraft systems to fly legally, we allowed night-time flying – which had not been legal until now – and we reduced the minimum safety distance from people or buildings required to fly.”

The newspaper said there are around 900 companies registered in Croatia for unmanned aerial vehicles, “however the actual number of drones in the country is unknown due to the fact theses operators aren’t obliged to report how many drones they actually own.”