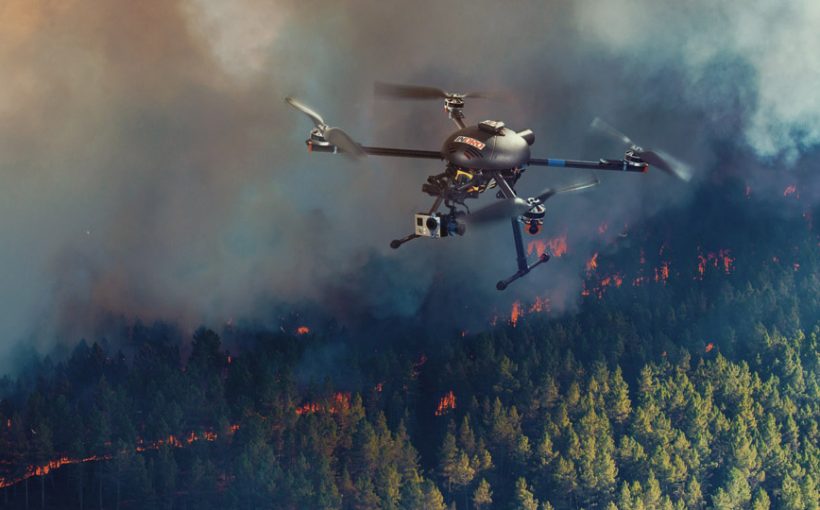 Kongsberg Geospatial, an Ottawa-based developer of geospatial software technology, has announced that Public Services and Procurement Canada (PSPC) has awarded them a contract to produce an Emergency Operations Airspace Management System (EOAMS) for evaluation by Canadian government agencies for safely managing drones at emergency and disaster scenes.

The contract was awarded via a competitive request for proposals under the Canadian Safety and Security Program in a project for Defense R&D Canada’s Centre for Security Science.

The EOAMS is a portable display that interfaces with a variety of local sensors, including radar and Automatic Dependence Surveillance – Broadcast (ADS-B) receivers to give a clear picture of the airspace around disaster areas. It is intended to allow first responders to safely use unmanned aerial vehicles (UAVs) to survey the area, without risking collision with other emergency aircraft, including water bombers or rescue and police helicopters.

The system would also provide a warning to first responders if unapproved UAVs approach the area – providing a degree of protection against what is becoming an increasing problem with the proliferation of small consumer camera drones at fires and accident scenes.

“Securing and managing the airspace around disaster scenes or at big public events is becoming a real concern for all levels of government,” said Paige Cutland, IRIS program director for Kongsberg Geospatial. “Even if a drone operator isn’t acting with malicious intent, they have the potential to cause considerable harm if, for example, they fly into the path of an air ambulance. We need effective tools to help prevent this while also allowing legitimate UAV operations to be safely integrated into the emergency airspace.”

The new EOAMS will be based on Kongsberg Geospatial’s IRIS UAS™ airspace visualization system. The IRIS spatial awareness system evolved from technology originally developed for air traffic management display systems, and for supporting flight operations for military UAV systems like the US Navy Triton Global Hawk. The system has been developed for safely operating UAVs beyond visual line-of-sight (BVLOS), and has been adopted by the FAA ASSURE group for use in research toward developing regulations for commercial BVLOS operations in the United States.

“Kongsberg Geospatial has been pioneering innovation in airspace management for unmanned aircraft for over a decade,” said Ranald McGillis, president of Kongsberg Geospatial; “With the EOAMS project, we have the opportunity to introduce some really exciting capabilities in a portable system that will help first responders use UAVs in new and effective ways to support emergency response efforts.”

The Government of Canada is expected to begin flight operations testing with the new Emergency Operations Airspace Management System in the summer of 2018.