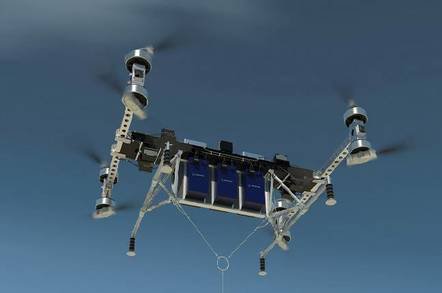 The company says it took three months for its engineers to design and built the CAV prototype, which stands four feet off the ground, measures 15 by 18 feet and weighs more than 700lb. It is outfitted with eight counter-rotating propeller blades and customised Boeing batteries that allow for vertical flight.

The company says: “Researchers are transforming the remote control-operated CAV prototype into an autonomous aircraft capable of carrying up to 500lb. The technology opens up new possibilities for delivering time-sensitive and high-value goods, conducting autonomous missions in remote or dangerous environments, and other applications.”