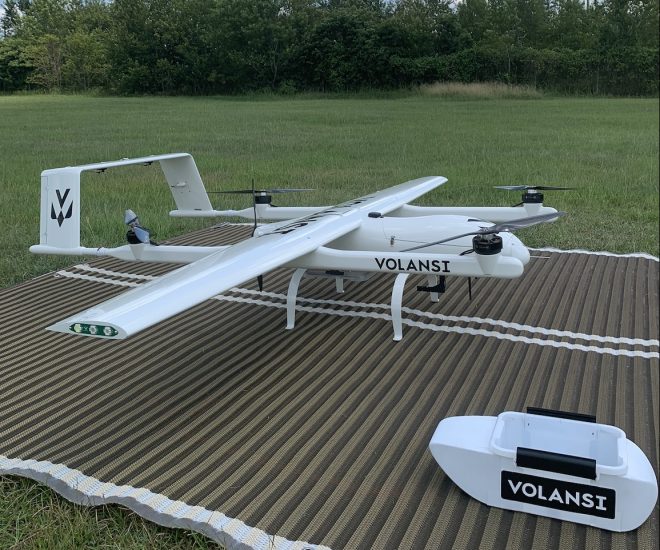 Vertical take-off and landing (VTOL) company Volansi has partnered with three of the nine participants in the Federal Aviation Administration (FAA) BEYOND program to accelerate the integration of Unmanned Aircraft Systems (UAS) into the National Airspace System (NAS). Volansi is working directly with the North Carolina Department of Transportation (NCDOT), the North Dakota Department of Transportation and the University of Alaska Fairbanks for this effort, according to the Volansi press release.

In the summer of 2020, Volansi announced a teaming agreement with NCDOT to execute middle-mile drone delivery projects in North Carolina. Not long after, the VOLY C10 began an on-going project delivering temperature-controlled medicine and routine vaccines from Merck’s manufacturing facility to patients at Vidant Healthplex-Wilson. Volansi continues to work with NCDOT to gather data on drone delivery programs and how they could be incorporated long-term into the current transportation infrastructure and regulations.

Last fall, Volansi partnered with the Northern Plains UAS Test Site (NPUASTS) to support Vantis, North Dakota’s statewide UAS network, which enables flights beyond visual line of sight (BVLOS). After a competitive selection process, the VOLY C10  was the only drone selected to integrate and test Vantis’ technologies, such as Command and Control (C2) links or ground-based Detect and Avoid (DAA). Data captured from the successful test flights will be used to develop standard requirements that will apply to any aircraft flying on the network.

The University of Alaska Fairbanks has been instrumental in Volansi’s research and development efforts and is a partner in the Pacific and Arctic region.

BEYOND is a continuation of the FAA’s Unmanned Aircraft Systems (UAS) Integration Pilot Program (IPP) that was implemented in October 2017. The goal of BEYOND is to continue developing the partnerships that have already been established, build on the progress, and tackle the remaining challenges to ensure safe integration of drones, like Volansi’s VOLY C10, in the NAS.
“Our goal is to utilize our VOLY C10 drone to provide the required data and lessons learned through various exercises to help regulatory teams and policymakers within the FAA and The Department of Transportation inform regulations, policy, and guidance to streamline the approval processes for UAS integration,” said Hannan Parvizian, Volansi CEO and co-founder. “These projects will help to unlock the skies for drone delivery.”