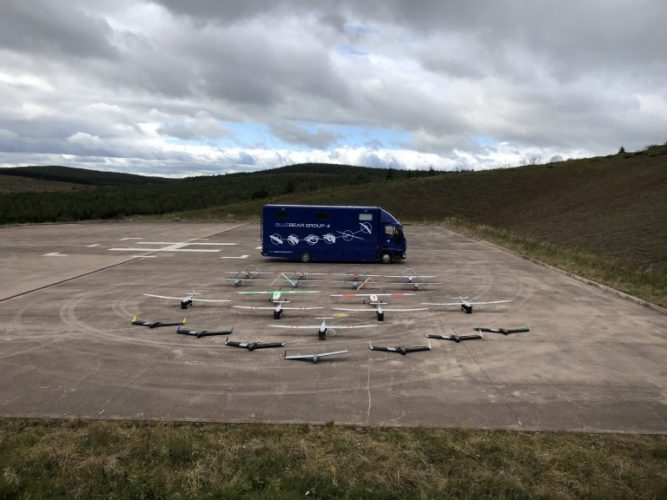 Blue Bear’s Artificial Intelligence platform (BBAI) was running on a number of the UAS Swarm, and processing sensor data on the aircraft before sending only relevant data back to the ground, which helped further reduce the burden on the operator.

To help automatic deconfliction of BVLOS flights within the swarm, and to track the presence of any third party aircraft, Blue Bear Airspace Deconfliction Layer (ADL) technology was running in the background.

Throughout the two weeks of trials, Blue Bear regularly operated swarms of 10 to 14 collaborative UAS. The company flew more than 220 UAS sorties, building up to be able to operate a 20 UAS swarm. The trials concluded with a multi-vehicle ‘button click’ to launch simultaneous take off and mission deployment of four Ghost UAS in 30knt winds.