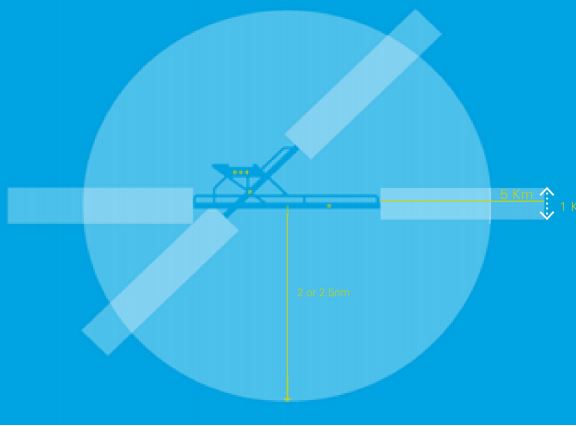 On 20 February 2019, the United Kingdom Government published an amendment to the UK Air Navigation Order 2016 (ANO) which contains its changes to the legislation regarding the operation of small unmanned aircraft.

The main changes centre on increasing the separation distance between drone flights and specific types of aerodromes.

According to the new amendment:

“The areas covered by the amendment are relatively few and can be summarised as: …Effective from 13 March 2019 (the 2019 amendment):

The new amendment increases the flight restriction zone around airports.

“The volume of airspace that comprises a ‘flight restriction zone’ is …is active at all times and applies to all small unmanned aircraft of any mass (even very small ‘toys’). In the vast majority of cases (i.e. aerodromes that have an ATZ), it primarily consists of two separate zones as follows:

“Runway protection zones are defined in article 94B, but are essentially zones that measure 5km in length by 1km in width that extend from each runway threshold into the approach to that runway. Their vertical dimensions are the same as the ATZ February 2019

“The article retains the legal maximum height restriction of 400 feet above the surface for the flight of any small unmanned aircraft that was introduced in the 2018 amendment, along with providing scope for the CAA to permit flight at a greater height if the CAA is satisfied that this can be achieved safely. However, it also confirms that for flights that take place within a ‘flight restriction zone’ at a protected aerodrome (see text below) permission to fly above 400ft is only required from the air traffic control unit or the flight information service unit at that protected aerodrome.”