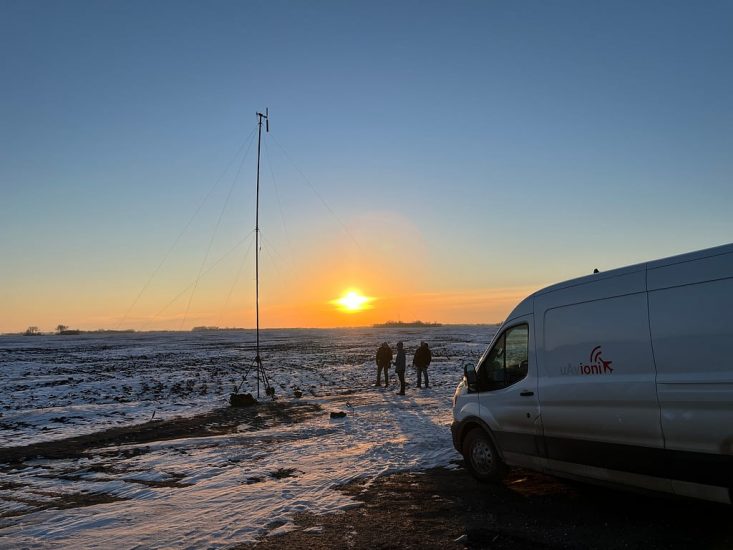 uAvionix reports completion of the first series of flights with its newly developed SkyLink Control & Non-Payload Communications (CNPC) C-band radio, intended to meet the needs of safety-critical & beyond visual line of sight (BVLOS) missions as well as operators and manufacturers with airframe certification in mind. The flight tests were conducted at a range of up to 25 miles at the Northern Plains UAS Test Site (NPUASTS) locations south of Grand Forks, ND.  In August, uAvionix announced Federal Aviation Administration (FAA) and Federal Communications Commission (FCC) approvals for testing C-band CNPC radios at several locations.

According to the uAvionix press release, regulators increasingly focus on the performance of safety-critical control data, and recent RTCA standards recommend separating it from payload data for scalable commercial Unmanned Airborne Systems (UAS) operations. While most UAS still operate on public spectrum such as ISM or 4G, current BVLOS waivers are primarily focused on recovery procedures to deal with the probability of a lost C2 link.

“A reliable and predictable C2 link built to aviation standards (e.g., RTCA DO-362A) is a critical component in obtaining scalable BVLOS operations,” said Jim Cieplak, Program Manager of Vantis. “The uAvionix SkyLink radios and SkyLine Command & Control infrastructure are an essential component of the Vantis deployment to obtain a path to commercially viable BVLOS operations in the State of North Dakota.”

The SkyLink radios can be used as a standalone radio system for a single Ground Control Station (GCS) or can be networked to provide linear or area coverage for larger-scale BVLOS operations, such as currently being deployed at VANTIS in North Dakota, where the combined system will operate as the C2 Communications Service Provider (C2CSP) for the State network.

“Together with our partners at the Northern Plains UAS Test Site, VANTIS, Thales, the FAA, and MITRE, we completed this significant milestone which will propel commercial UAS operations”, said Christian Ramsey, President of uAvionix. “We maintained a stable connection at a range of well over 25 miles at a 400’ operating altitude with a DO-362A compliant radio system, a first of its kind”

SkyLink provides the data exchange required for safety-critical operations to control, monitor, and manage a UAS in real-time. SkyLink radios are designed to integrate with other certified avionics designed with airframe certification in mind such as truFYX GPS, ping200X, and the George autopilot.