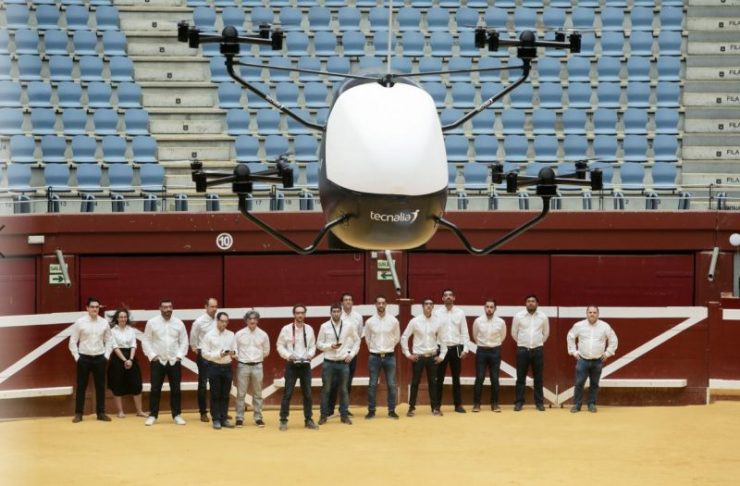 Spanish national air navigation manager ENAIRE is working on European projects to manage the future mobility of people in urban and peri-urban areas through flying vehicles and, in particular, air taxis, as well as activities such as drone parcels. ENAIRE will manage the flights from the first demonstrations with aerotaxis, which will be in 2022 in Barcelona and Santiago de Compostela.

ENAIRE is participating in two projects, financed with European Horizon 2020 funds through the SESAR Joint Undertaking on U-Space and Urban Air Mobility. One of them is led by EUROCONTROL, called CORUS-XUAM, and another is led by EVERIS, called AMU-LED.

Both projects are scheduled to have air taxi demonstrations in 2022 across Europe. ENAIRE will manage the flights for the first aerotaxis demonstrations in Spain, which would be that year in Barcelona and Santiago de Compostela.

The research was announced by the general director of ENAIRE, Ángel Luis Arias, in the Virtual Congress organized by the Official College of Aeronautical Engineers of Spain with the title “The future is waiting for us: the new urban air mobility” .

ENAIRE has been working on U-Space since its inception by the European Commission, with the publication of the “U-Space Blueprint” in 2017, collaborating and participating in national and international projects.

The DOMUS project, selected by the SESAR Joint Undertaking to evaluate U-Space demonstrators in Europe, which, led by ENAIRE, coordinated 17 private companies and public entities in Spain, with a budget of 4 million euros.

The DOMUS project concluded with the performance of some validation exercises of the U-Space concept that were successful, both for the execution of the simultaneous digitally managed operations and for the demonstration of the operational concept and its architecture.