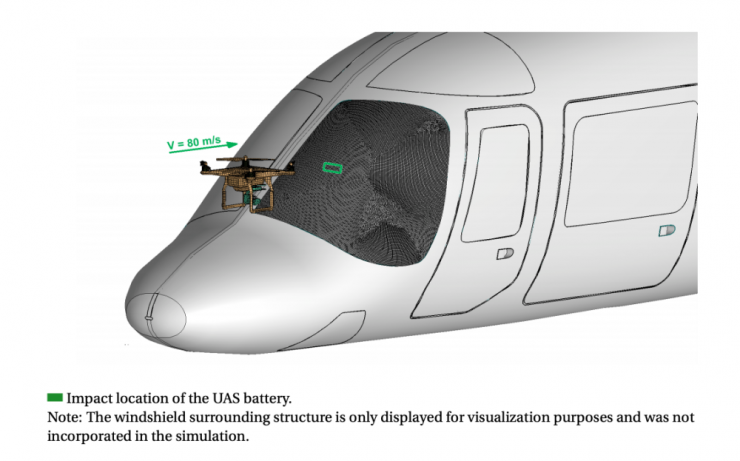 According to the research thesis abstract:

Due to an exponential growth in the number of shipments of Unmanned Aerial Systems (UAS), the amount of these devices operating in the sky has increased remarkably over the last few years. This led to an increasing number of proximity incidents with manned aircraft. Since these devices share certain airspace with rotorcraft, the question arises how much damage a helicopter could sustain after an impact with a UAS.

Within this thesis, a risk assessment was completed initially to determine which collision in terms of type of UAS and helicopter impact location poses the highest risk to the operator of the helicopter. Subsequently a validated model of a DJI Phantom III was developed and impacted onto a rotorcraft windshield in explicit Finite Element software.

The sustained damage was compared with a simulated bird strike event to determine whether the prevailing certification requirements would suffice to guarantee safety of the crew. 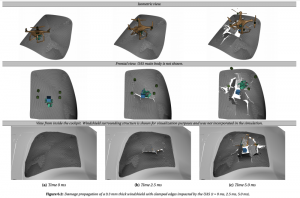 The full 98-page document can be accessed here.