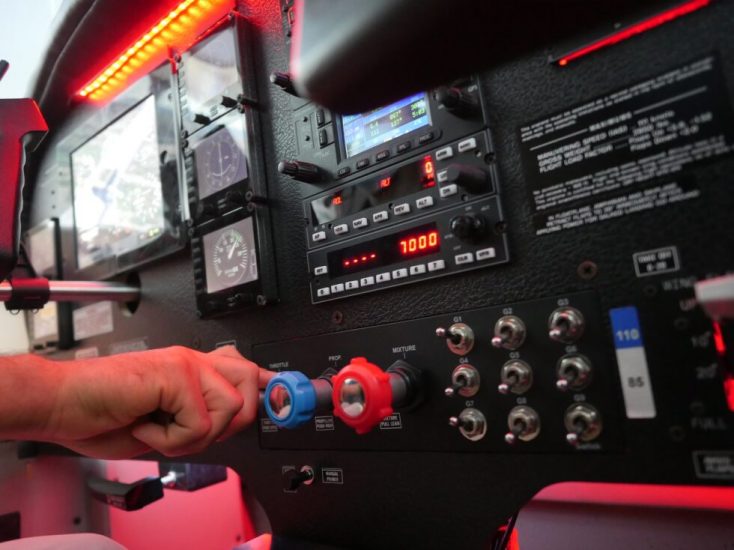 The SESAR U-space research project ICARUS has started the validation campaign for the three U-space micro-services developed in the project:

The campaign consists of three validation scenarios, defined as representative of the situations of concurrent flight operations where the Common Altitude reference (CAR) service is needed.

These activities will be supported by the use of a C-172 cockpit simulator available at TopView’s premises in Italy, interfaced with the Italian USSP D-flight that is testing possible services to be provided to General Aviation users at VLL. 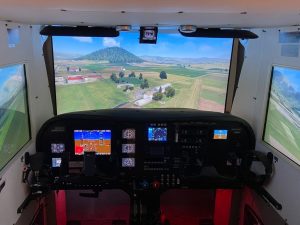 This scenario combines the real flight of a UAS and simulated manned aircraft to test the VCS and the VALS during concurrent flight activities.

The Virtual GA aircraft performs a training flight mission, departing from the airfield and flying over the surrounding valley.

The UAS is involved in aerial filming and takes off on the top of a hill, about 10 kilometres from the airfield.

The VALS service will alert the GA pilots of the presence of UAS traffic near the flight, using the same reference system as used by the aircraft (local QNH). 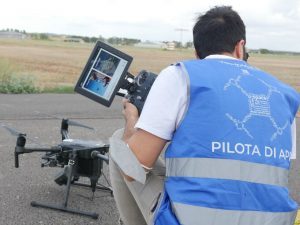 This scenario implements real operations with a real ultralight aircraft and a real UAS flight, flying in a segregated area.

The mission is designed to provide the UAS pilot with alerts about the incoming traffic nearby, during the flight, by using the value-added services offered by ICARUS, particularly the alerting service (VALS). 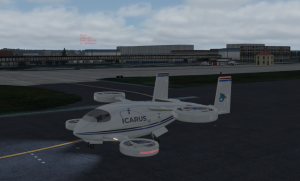 This scenario is focused on urban air mobility. It consists of a simulated flight carrying passengers from the airport to the city centre in a mixed urban and non-urban environment.
The simulation aims to show how the remote pilot of a taxi-drone can safely manage the aircraft thanks to accurate ground obstacle information provided by DSM/DTM service and a system that alerts to both obstacles and other manned and unmanned air traffic (VALS).
The mission also shows how an aircraft relates to the height and altitude datum when entering a GAMZ.